In April 2021 I wrote piece about areas of wood block paving still visible in London. These I'd found mostly in the Clerkenwell, Islington, old Finsbury and Shoreditch areas, plus the large remnant at the south side of County Hall. I followed that up six months later with an update, adding other sightings in Southwark and Islington along with a panel in an alley off Clerkenwell Rd that I did indeed go to look at in person, and I did take more pics, but what have I done with them?!

Well, since then I have spotted some more, and one of them was just a couple of days ago, a few minutes' walk from my home in Holloway N7. I was crossing the junction of Holloway Rd heading west and standing on the central reservation directly in front of Barclays, now closed and empty, and looked down to see this wood-filled manhole: 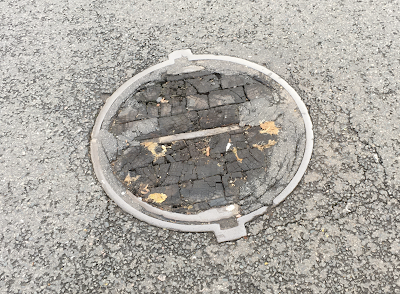 How, had I not seen it before?!  In my defence, I rarely ever cross the road at that point. Here's the Google Streetview of that location, looking back from Barclays to where I was standing. As you would expect, I then made a search of the whole junction to see if there were any others in the vicinity, but no.

So I came home and added my photos of my new find to my 'Wood Blocks More' folder which contains, in no particular order...

Within the covered entrance to Bermondsey Leather Market on Weston Street: 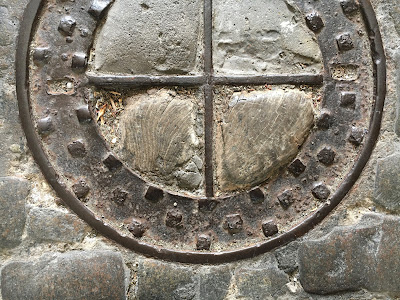 A couple in Hampstead, NW3: 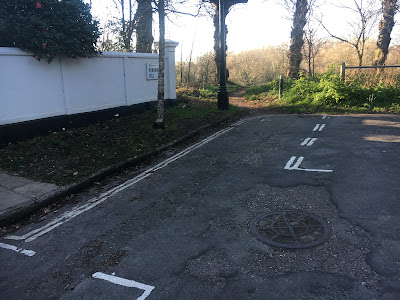 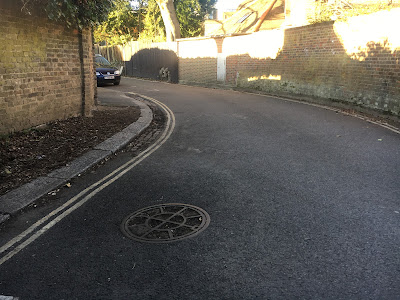 And Dave Brown, a fellow guide and wood block fanatic, found this one here in Old Street: 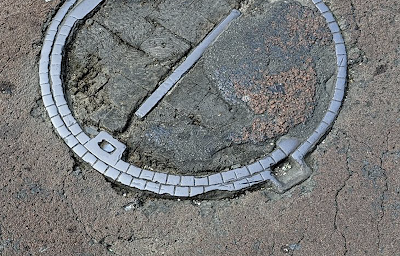 Further afield, I found a lovely example north of London, in Waltham Abbey: 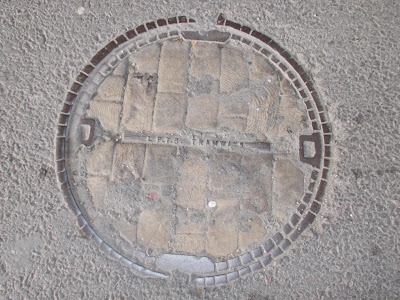 And in Whitstable there is a marvellously paved floor within the gatehouse entrance to the castle gardens: 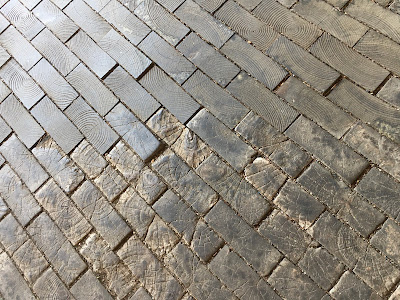 Someone told me they saw a filled manhole cover in Chalk Farm Road, Camden, but whoever that was didn't take photos or provide me with any more info. I've just been up and down that road onscreen via Google Streetview but I can't find it. I'll have a proper look next time I am visiting the markets.

I'll leave you with a pic of one of the first examples I ever spotted – I cannot believe that I omitted to include this one, as well as the other two that are very near here, when I compiled my initial post on this subject back in April last year. Unusually, this is not in the road but instead it's set within the pedestrian pavement outside Pizza Express, Upper Street, Islington, hinting perhaps that the road used to wider. Here it's looking lovely after the rain and I think the outer shape resembles the London Underground roundel: 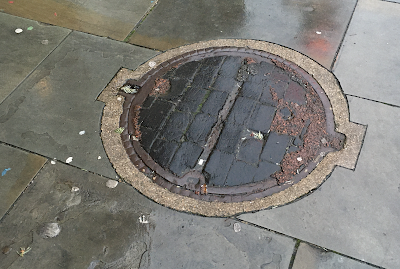 Re the other two nearby, they are actually in Islington High Street, behind the old tram electricity station, today an Amazon outlet. One is still intact see here, but the other one a few metres south on the No Entry sign near The York pub, was infilled about two years ago. I do have some pics before they slapped it full of tarmac and when I find them, and the photos in the Clerkenwell alley, and the Camden example, I will compose Part4. Ooh the excitement, ha ha!

If you know of any other places where you can find these, do let me know in the comments or via email: jane@janeslondon.com