A short while ago I was invited to join the 'Boot Scrapers of London' group on Flickr. I had noticed lots of them in and around Central London but thought they were all too similar and I had enough things to photograph as it was! But I joined the group pool anyway, and now I have gone boot scraper mad having discovered that there are so many different types out there. All of these have been taken on three occasions in the first 2 weeks of August 2008 in Camden, Covent Garden, Fitzrovia, Bloomsbury and Canonbury.
To see any of the individual photos at a larger size please go to my Boot scrapers set at Flickr. 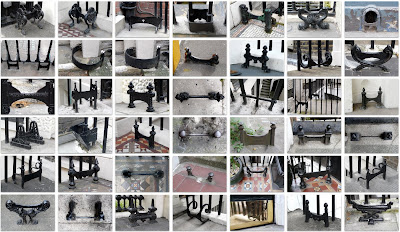 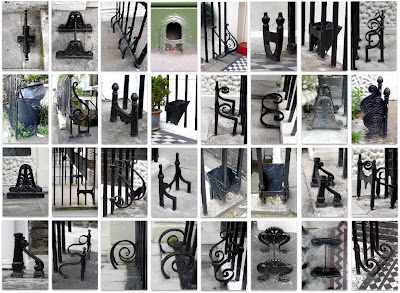 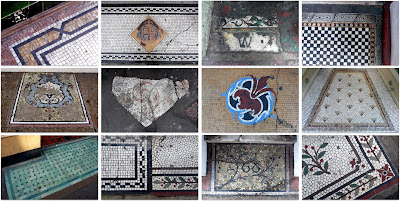 Here are some more in north and central London.
Some are beautiful and others have been sadly neglected and/or mistreated. The triangular one in the second row has been carefully preserved for decades as the last remnant of a shop that was bombed out in WW2.
No comments:

Email ThisBlogThis!Share to TwitterShare to FacebookShare to Pinterest
Labels: doorways and entrances, looking down, mosaics and tiles

Doorway mosaics with letters or words 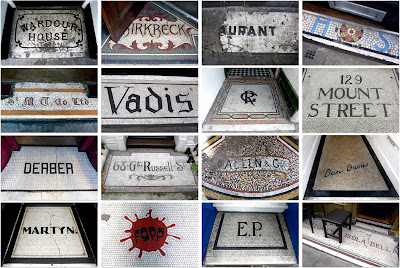 All but one of the above are in central London.
Despite my comment in an earlier posting that contemporary companies are no good at this type of thing, Fopp seems to have proved me wrong!
No comments:

Email ThisBlogThis!Share to TwitterShare to FacebookShare to Pinterest
Labels: doorways and entrances, lettering, looking down, mosaics and tiles 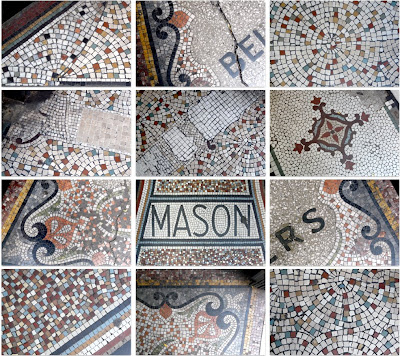 Here are some close-up shots of three of my favourite shop doorways in Upper Street, Islington, London, N1. Full images of these can be found in my last posting on this subject.
No comments: