Continuing on from the great success of last year... this year City Showcase's Dean Street event takes place on Sunday 2nd June with a similar mix of stalls and entertainment.
I won't be touting my wares there this year as I am busy elsewhere. If only I could be in two places at once...
More info here.
No comments:

Holloway Road Then and Now (3)

The pair of images above shows the change at the southern corner of Parkhurst Road at the Nags Head junction. The black and white image of the old market arcade is from the mid-1970s. When I moved to Holloway in the late 80s the market building was mostly boarded up and it continued to sit empty and semi-derelict for years until it was demolished in the 1990s to make way for a [carpet] shop with student accommodation above. This replacement building with its bright machined bricks has a half-hearted attempt at architectural detailing including a raised band above the 4th floor and semi-circular shapes at the very top, perhaps a vague attempt to echo the high window arches that were a feature of the old Holloway Arcade.

Look at the difference almost a century has made to the southern corner of Tufnell Park Road (opposite the Odeon). In Edwardian times Holloway Road, specifically the Nags Head area, was in its heyday with shops all along the eastern side and houses along the western side running all the way down to Holloway Road station. Now most of this stretch has also been replaced by shops and cafes as shown on the right.

See all the posts in this series here
No comments:

The fourth plinth in Trafalgar Square will change again this summer.
After the success of Antony Gormley's 'One and Another' when members of the public had one hour slots on the plinth, followed by the well-received of 'Nelson's Ship in a Bottle by Shinko Yinobare', 6 options were proposed for the plinth and the winner was chosen by votes – a boy on a rocking horse. I wasn't impressed.
But I wasn't very moved by with any of the 6 choices, each one having, to my mind, something 'wrong' with it. I thought (and still do) that he boy on the rocking horse looked plastic and half-finished; the battenburg cake bricks were the wrong proportion; the musical cash machine also sat oddly on the plinth, and the UK land mass looked like a half-cocked (!) attempt at a reasonably good idea. But the over-decorated statue of  Field Marshall Sir George White does intrigue me as I would have liked to have seen how all that embellishment would have been achieved at actual size.
And now we are to get the runner-up – a big blue cock!
Katharina Fritsch's cockerel is supposed to represent regeneration, awakening and strength. Er... how? Can somebody please explain how a noisy farmyard bird represents regeneration any more than, say, an egg? And how does it tie in with London and, specifically, Trafalgar Square? Answers please.
Here are some more cocks in and on various erections in London: 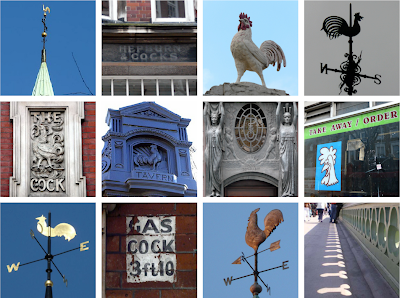 That's the way to do it!

This Sunday I will be going to the 38th Covent Garden May Fayre and Puppet Festival in the beautiful gardens of St Paul's churchyard.
Situated in the shadow of Inigo Jones' Church (also known as the Actor's Church because it is favoured as a memorial and resting place for those in the acting profession) there will be a one day event with stalls and entertainment.
This event takes always place on or near to Punch's "birthday"; the date Samuel Pepys first saw Mr Punch in England on May 9th 1662 and recorded in his diary. It's also why the nearby pub is so-named.
The day will start at 10.30am with a Grand Procession at 11am led by The Superior Brass Band. This is followed by a church service at noon and then the afternoon will be all about puppetry. In addition to Punch and Judy performances, there will be puppet shows of all kinds and you will be able to learn the art of puppetry from the experts. The event is free.
The church and its gardens are well worth a visit in themselves... be sure to check out the interior of the church and marvel at Grinling Gibbon's amazingly intricate wood carvings.
Hope to see you there... There will also be a small craft market there so do come find me at my stall (perhaps I should have made a clay pipe puppet?). 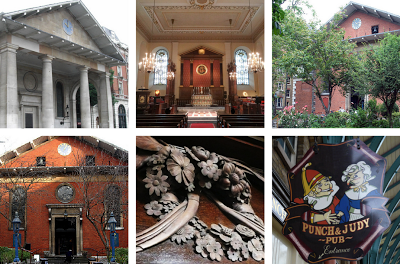 It's five years since my first posting here... wow. How?
Thanks to everyone who has taken the time to look in every now and then, and a big thanks to those of you who have contacted me with ideas of things to do and places to see – especially those of you who offer me freebies ;-)
I don't post regularly like other similar sites, sometimes only once a week, and this is because a) I don't have the time (the mosaic photo collections take quite a while to put together) and b) as a reader I don't like being bombarded by emails or updates every day. Therefore, I like do to as I would be done by, hoping my sporadic approach is more likely to invoke an "ooh" rather than "oh gawd another missive from Jane".
I get a lot of emails from people asking if I allow guest posts. The answer to that is easy "no" – it's all in the title – Jane's London, which is about my thoughts, my ideas, my observations and my photographs, not those of other people. It's me me me!
Five Years... now I am singing the David Bowie song. Excellent.
Here are some nice London 5s: 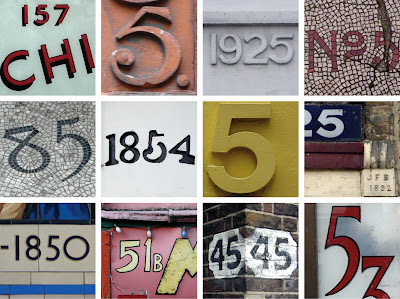