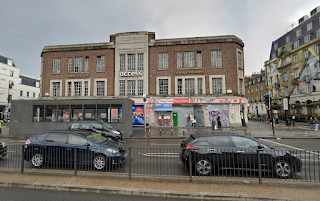 Earlier this week I was walking towards Kings Cross Station along Euston after attending a talk at the British Library. I was horrified to look across the road and see that Belgrove House, until quite recently home to the Post Office, Access Storage and other companies, is currently wrapped in plastic with signs all around the whole block to Argyle Square telling us that demolition is in progress. 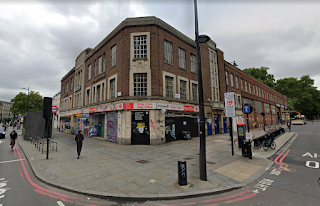 These pics of the building, taken as screen shots from Google Streetview dated July 2022, show that demolition signs have been on the building since well before that date and, had I reinstated my 'All change here! guided walk about 1930s KX architecture this year I would have already noticed being as this building obviously features as a stop on the tour. 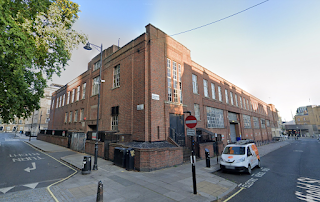 Hey, it may not as impressive as it's counterpart in Victoria, but it's a well-constructed yet understated neo-Georgian style that sports many key 'Art Deco' motifs including Jazz Age metal grilles and elegant brickwork.

Also, it's an important link to the past. But having already posted about this potential loss on my Facebook page, it appears that Camden Council have been negligent as regards their assessment of the site and the age of the building. Hard to believe, seeing as this sits a few doors down from Camden Town Hall, but they think the original coach station was demolished and replaced with this structure. 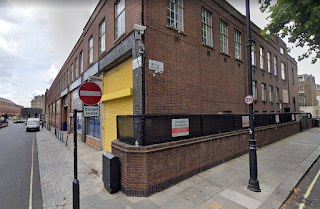 Lazy idiots. Especially because photographic evidence of the building in the 1930s does exist and more info is available here, thanks to Save Bloomsbury, which also highlights that the building has been under threat since at least 2020. I am rather frustrated that I have only discovered all this now as having walked past the front of the building many times these past few years I hadn't noticed anything on the building declaring the plans. See here for December 2021 where, despite objections already being raised, there are no signs of change. wouldn't have seen this having researched the building in 2019 and not being able to lead walking tours during Lockdown. 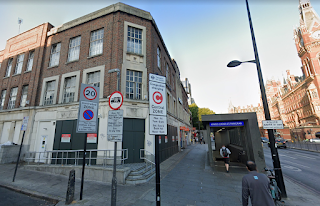 So, what's replacing it? Brace yourself... see last pic, below, for an artist's impression – there's plenty more across the web here.

I'm thinking a 90 year lease was due to expire? The coach station building has been there for over eight decades and the external structure has always looked, to me, to be in very good condition. And I always admired how it had been sympathetically designed to fit in with the Georgian buildings that would have then stood at either side. I am not sure we can say the same of the high-rise proposal that will replace it which I very much doubt will be standing there for a similar time period.

Oh and one more thing, M@ the Londonist guru points out that Oasis filmed Supersonic on the roof of the coach station – it has some great views of the surrounding area inc KX station. See here. 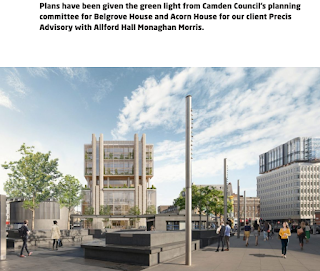 This last pic sourced from here – akt-uk are the structural engineers working on the new build.