In heaven the bells are ringing An advent calendar and an alternative Christmas recommendation

I have been quoted on this online advent calender recommending the Museum Mile – see 22nd December.
But I can't see anything there right now. Perhaps it will only appear on the 22nd*.
And I also make an appearance on the Time Out site recommending Peter and his fascinating and informative walks. See number 17 here. 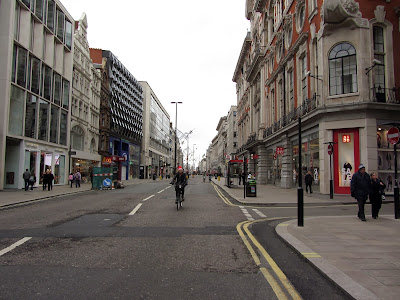 *If nothing appears, I wrote:
"The area around The British Museum is littered with small and interesting specialist museums, known as Museum Mile. Find out all about Charles Dickens, medicine, anatomy, architecture, natural history, London history, art and much more. The area also boasts plenty of independent cafés, restaurants, quirky old pubs, book, comic and shops, all linked by some lovely tree-filled squares."
No comments:

The O2, confectionery and tube signage

I went to the O2 on Thursday to take some things in preparation for my stall at Handmade Christmas. I am still there today.

Amelia, not Amilia!
I hadn't entered the venue since October 2000 when it was called the Millennium Dome and packed full of fantastic and interesting things that, for some reason, the press panned. I loved it on the day I went there and I wish I'd gone back again for a 2nd and 3rd visit to be able to see all the zones I hadn't managed to get into on that exhausting but enjoyable day.
Anyway, it's now called the O2 because a phone company owns it and it has been refitted as a live events arena and exhibition space. But, of course, you knew that.
So I was surprised that on entering the building this week that my immediate reaction was favourable. I liked the way they'd used the space. But I didn't really study what was on offer in the shops to my left and right cos I was in a hurry to dump off my stuff. Let's just say it was better than Westfield Stratford.
On the way back I carefully scanned to shops because with all that exertion I was in need of a Picnic, my chocolate bar of choice.
But, I'd walked past what turned out to be the only convenience store and, with just one exception (a South American place I didn't recognise), I could only see big brand chain restaurants all the way along the street from the market area to the exit that leads to Greenwich North tube station. No shops selling useful everyday stuff; just sit down food places and bars. (Yesterday, I was amazed to see there a long queue outside the Harvester. Go figure!)
I asked a security man near the exit where I might buy a bottle of water, some fags, a choc bar, some safety pins and a key ring (I didn't really need all of that, but I was making a point!). He obviously didn't know about the shop inside because he suggested I go to the nearby Tesco's outside the venue. Aaargh!
I gave up and went into the tube station where I found a WHS. Hurrah, I thought; this is the kind of shop I was looking for, and much closer than Tesco's. But I found that a Picnic, usually 69p everywhere else (and I should know, cos I eat enough of the things) was 89p. Eighty-nine pence!!! That's 20p over RRP; a mark up of approx 30 per cent. Who is to blame here? WHS, the O2 or LRT? (I have since discoverd that the convenience store also sells them at this price, though if you buy two it's cheaper.)
I got onto the tube and had to change from Jubilee Line to Northern Line at London Bridge but, having not made this connection in this direction before, I got in a tizzy because I couldn't work out which way to turn. Getting off the train I couldn't see the directional on the wall in front of me because it was blocked by all the other 'customers' so I joined the flow of up a flight of stairs.

At the top of the landing is a backlit BLUE sign that reads "Northern Line". But it's in Piccadilly blue not Northern black. Along the connecting tunnel the signs are on-brand with black lines, so it's not like LRT hadn't half-thought about this. Then, at the end of the tunnel there is a T-junction... Is there a sign ahead to say whether to turn left or right? Nah! But there are lots of people stopping and bumping into each other with other regular commuters who know where they are going, tutting and harrumphing. I chose to turn right and it was correct.
Ah the joys of underground travel. I now fully understand when out-of-towners say hate the tube and find it confusing.
That'll enough!!
I am off back to the O2 now... hope to see you there later.. Find my stall at 292 by turning right as you enter the market – I am on the end of the third row to the right ahead of you. Wrap up warm cos it's an inside/outside space and bring lots of cash!!!

I have been noticing a lot of cut-down trees around here since the storm earlier this year.
It would be a really nice idea if they could be carved into nice sculptural pieces as per this one just off Essex Rd* 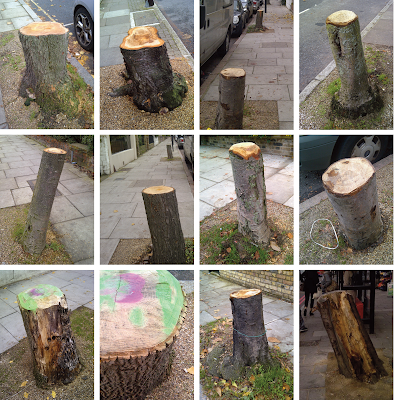 Above are some of the tree stumps in N7 and N19 – note the one bottom left which not only has been painted, but sports some strange drilled holes. I checked on Google Streetview and it seems these holes were there before, so perhaps someone was already trying to kill the tree and the storm finished it off...?
The pic bottom right is a large pre-storm stump at a bus stop in Holloway Road. The bin men must have just been there 5 minutes earlier because there's usually a load of rubbish bags leaning against it.


Finally, here are two trees that help me to understand where the term "Mother Nature" comes from; the one on the left is in N19 and the other in Russell Square.

* I happened to recognise TWRJ in the street a few weeks ago. I introduced myself and we walked and talked – what a nice bloke.
2 comments:

Last week I made reference to a sculpture that was installed in this beautiful Cathedral.
Now I am plugging Southwark Cathedral itself. 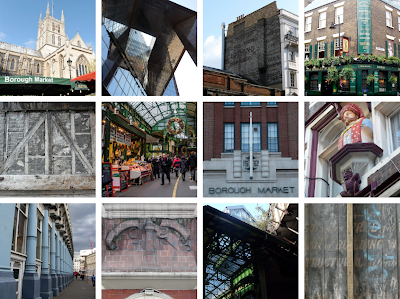 Some of my Southwark photos

Located next to The River Thames and adjacent to London Bridge, the cathedral gardens have always been one of my favourite places to meet friends rather than, say, the hustle and bustle of Borough Market or London Bridge Station.
This Saturday 7th December, there will be a Christmas market in the gardens organised and curated by The Friends of Southwark Cathedral.
More here.
Hope to see you there...!
5 comments:

In Primrose Street, just off Bishopsgate, at the foot of the steps that lead up to Exchange Square, there is a very big reindeer made out of Christmas lights.
He is rather impressive.
But his feet are protected by squares of barriers covered with banners advertising 'Skate In The City' at Broadgate Square.
Poor reindeer – looks like Santa gave him the worst ice skates ever – they are even concrete-lined.

Is anyone else still getting lost in the Barbican? Or is it just me?

I find it hard to get in and out of the complex (ha ha!), or from one side of the lake terrace to the other side without going ever so slightly mad. Where are the signs?! In many cases you have to up and over rather than down and across, and this is just not made clear. The only thing to "help" are those 50mm colour coded lines on the pavement that you are intended to follow. It's like a human game of Super Mario. 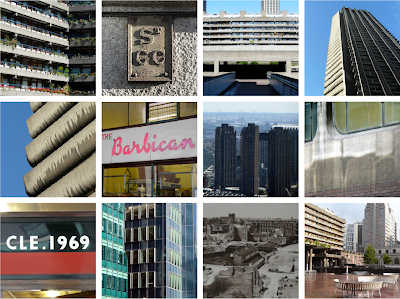 (The general area – info re pics at the bottom)
Even inside the arts centre itself I can go missing for hours trying to find the toilets, an event space or a cinema.
But it's always worth the frustration in the end.
A few years ago I went to an seminar on an upper floor and discovered a fantastic garden adjacent an exhibition space. I had no idea until that day that those spaces existed.
There's always a lot going on at the Barbican, especially this month, so it's worth unearthing your compass and other orienteering paraphernalia to make the assault on the building – be sure to plan ahead and consult the latest OS maps or Google Satelitte.
It's a fabulous environment to see a theatre production, or a film, and there are usually interesting exhibitions on the various levels. It's also a lovely place to meet friends for a drink, or make use of the wonderful spaces that are perfect for just sitting, reading, working or relaxing.
Also, on at the Barbican at the moment – the foyers are being turned into a pop-up designer-makers market selling all sorts of gorgeous hand-made products. Wednesday–Sunday every week until 22nd December. More information here.

The bottom row of photos includes CLE,1969, a pre-1966 telephone code. This is one of two still visible on shops in Goswell Road (CLE was the old code for Clerkenwell). The third photo in that row shows a section of the Blitz-flattened (now Barbican) site in 1942 (taken from a building in Little Moorfields by Police Constables Arthur Cross and Fred Tibbs – more of their photos from this period can be found at The London Metropolitan Archives.)
No comments: