I'll be at my stall, approx opposite the Co-op, selling my cards and prints and guided walks all at discount prices. Hope to see you there.
Walk vouchers can be allocated to specific tours at a later date
No comments:

Just some pleasing patterns and textures today.
Quick snaps I took with my phone of some fences and garages in a little street N19. 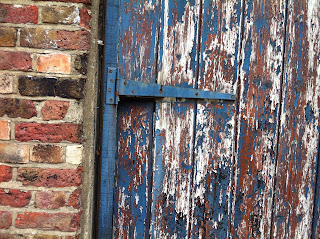 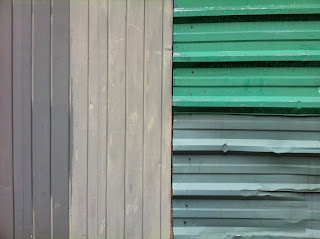 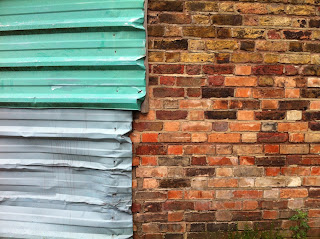 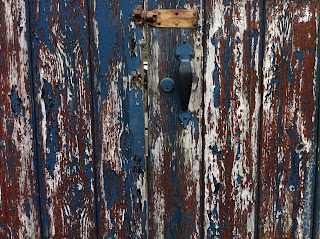 Wandering around Kings Cross a few months ago I had a brainwave.
I had just finished leading my ghostsigns tour there and I was thinking how the junction of Euston, Pentonville and Grays Inn Roads has evolved over the past 20 years, especially in front of KX station since the removal of extraneous buildings and the 1970s canopy over the forecourt. Though it's worth pointing out that by then end of the 19th century the forecourt was already littered with a patchwork of various structures; a mix of  entrances and exits, offices, kiosks and shops etc.
Viewing the station today from the corner of Argyle Street it looks just as messy if not worse – The Great Northern Northern Hotel is now partially obliterated by huge circular vents for the Underground, though there is lots of open space and seating on the eastern/YorkWay side around Henry Moore's sculpture.
Pondering all this as I wandered up towards the canal I recalled one of my favourite films The Ladykillers (the 1955 Alec Guinness original, not that silly 2004 remake), and... "PING!" I had the lightbulb moment... I should devise a guided walking tour linking the locations used in The Ladykillers whilst highlighting how the area has changed. 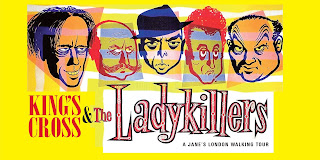 It's all set up and ready to go.
Do join me. First tour 13th June at 2.30pm. More dates throughout the summer – please see my walks listings here
No comments:

Moooo! We're joined at the hip

If you are planning to come to the Caledonian Park opening ceremony of the clocktower* tomorrow, do take a short detour out of the park back towards Cally Rd to look into Market Road Garden. You'll find it next to the adventure playground I wrote about a few weeks ago. 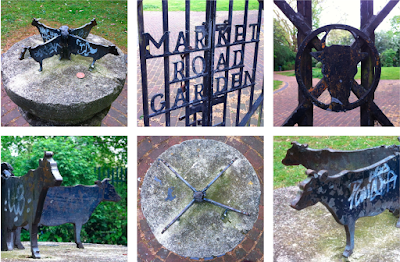 Market Road Garden is a delightful little gated park – one of the first public spaces made available for Islington residents. It packs quite a lot into a tiny space – landscaped gardens, flower beds, a pergola and, on top of a small stone obelisk/plinthy thing in the back corner, there are four little metalwork cows all joined at the hip. There are other cattle references too in the gate design.

* Tours to the top of the tower from 22nd June available here  (see my last post for more info)
No comments: