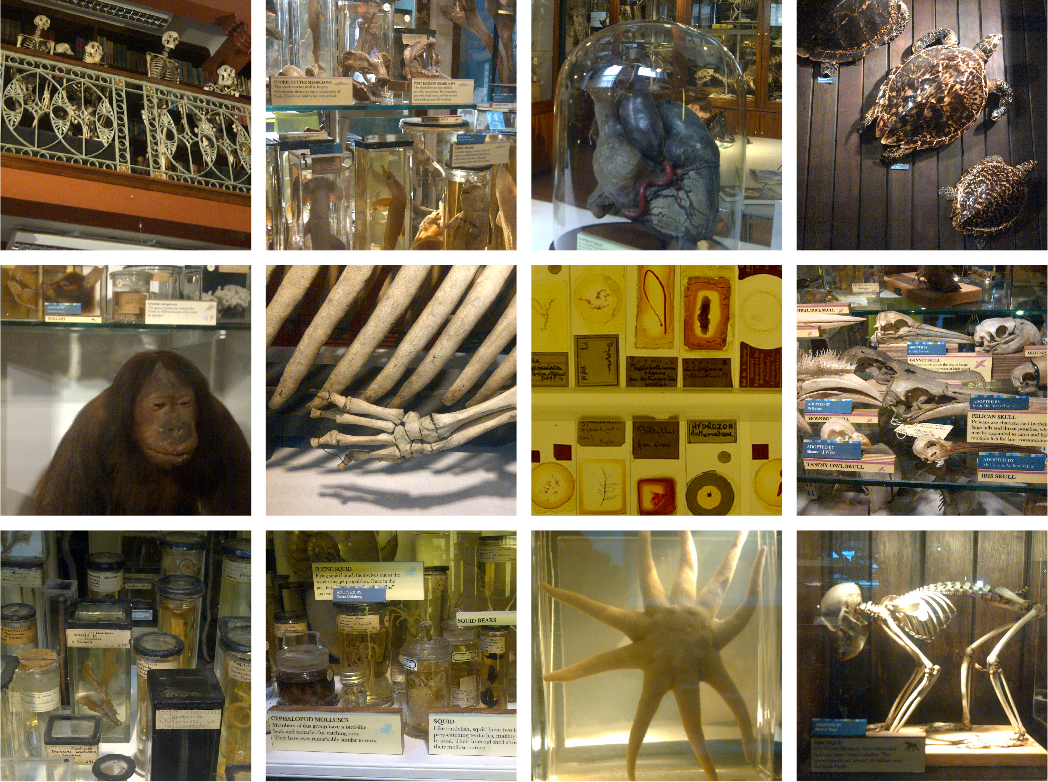 This is one of London's charming hidden gems – step back in time to a room packed full of interesting and intriguing specimens.
The museum is free to visit and can be found at the top end of Gower Street opposite University College. More info here.
The title of this post comes from some info cards I noticed in one of the cabinets (shown second pic bottom row) – a great name for a band and a marvellous venue for the first gig...
No comments:

This follows on neatly from last week's post about Cutlers' Hall.

Last month I met up with a group from London Historians for a guided tour of Drapers' Hall. 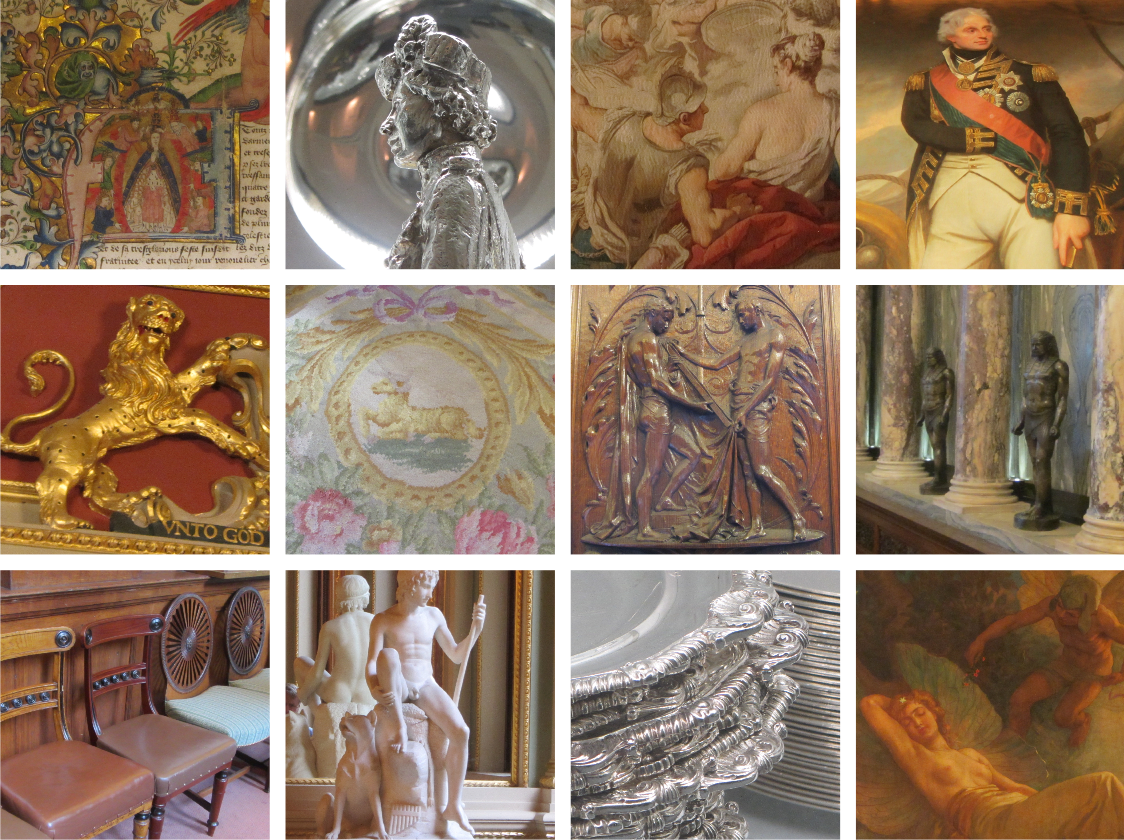 Drapers' Hall is thought by many to be the grandest of the livery halls which, I suppose, befits their standing at No.3 on the order of precedence.
It is indeed very impressive; festooned with gorgeous reliefs, chandeliers, tapestries, carpets, sculptures and paintings – each item with its own story to tell. Also impressive is the silver vault.
The Drapers' animal is the ram, who sits on top of the coat of arms. He appears here and there throughout the building though I didn't see as many different depictions of rams as I did elephants at Cutlers' Hall, or rhinos at the Apothecaries' Hall*.
You can glean more info about Drapers' Hall from their site – there is even a virtual tour available – but it's not the same as being there yourself and walking into each room not knowing what to expect and involuntarily saying "ooh!".


*Oops!  Just checked my archives to link to the Apothecaries Hall and it turns out I never wrote about it. So many things; so little time.
No comments:

A villa in Hawley Road – RIP

For decades I have been watching the decline of a lovely old villa in Hawley Road at the junction of Kentish Town Road, opposite Quinn's public house.


As you can see, this must have once been a lovely, family home. But, having stood empty for [I'd estimate] +20 years, it has subsequently become the home of squatters, sniffers and taggers. Nothing wrong with squatting, mind; why should buildings stand unoccupied when so many people have nowhere to live?!
In early March when I took these pics, because I'd noticed that all the villas along that stretch of road were surrounded by hoardings, probably awaiting demolition.


I found some pics and more info here.
An article in The Kentish Towner shows the £35million redevelopment scheme and mentions that only 95 signatures were collected for a petition to save the villas from demolition. Sad.
No comments:

Back in February I joined a group of London Historians for an illuminating and often amusing guided tour of Cutlers' Hall led by The Beadle, David Hasler (middle top). Thanks to David it was one of the most fascinating and engaging tours I have been on in quite some time.
Three of our group were chosen to wear hats and robes and be 'Master', 'Warden' and 'Clerk' for the morning. And, although this might sound like some kind of dodgy joining-in nonsense, we finished the tour acting out one of the ceremonies in the main hall.
It's worth thinking about how powerful this guild used to be – just consider all the trades which rely on blades of some kind; barbers, butchers, haberdashers, fishmongers... etc
As for all the other information I could give you, it's easier to read more about Cutlers' Hall here but I urge you to make an effort to go and visit in person. Why not join London Historians and, if you do, be sure to mention my site as reference to Mike.


See the full list of livery companies here.
No comments:

You can wash your hands

I live near the Emirates Stadium, home to Arsenal football club.
It means nothing to me except that I sometimes have to change my journey if I need to use the public transport on a match day due to the restrictive in/out at the tube station when a game starts and finishes or the slow traffic on the roads. Oh, and some of the supporters invade my local pub. But at least they have good taste.
One good thing about the stadium is the facilitates an easy cut through when walking from Holloway to Blackstock Road via Drayton Park and Gillespie Road. and it's rather nice wandering around the stadium when there is no one else there.

When I was doing just that recently I noticed how a glimpse of old houses in Drayton Park formed part of a mini quilt pattern in amongst the contemporary architecture so I took a photo. Turning into Gillespie Road the tube station was like a jewel against the bright blue winter sky.
Back in August 2009 I took a wander around the stadium. Below are some of the shots from that day.

I have only ever been inside the stadium once, and that was for a Bruce Springsteen gig. Dave, my then boyfriend was, and still is, a big fan of The Boss and had bought us overpriced tickets to see him at the Emirates. Stadiums are so not my choice of venue for live music and he knew that. So I have no idea why he bought me a ticket to see someone I vaguely like at a huge impersonal venue, bet, hey, that's another story.
So there I stood with Dave and his friends in the middle of the plastic covered pitch, craning to see something. The sound was dreadful; muffled. The view was hindered because I couldn't see over the heads in front of me and the live film feed was being shown on the screens that sat on the stage rather than the ones up high (eh?!) and Bruce and co were wearing black against a black backdrop. Add to that the beer choice was piss lager or crap lager.
So I left about half way through and walked 5 minutes to the pub where I could hear it clearer and sup on a pint of something no-gassy.
As I was making my exit the security man on the door asked why I was leaving. I said because of the poor saound. he said many people had complained the night before. Oh gawd.
No comments:

Accentuate the positive – three more nice things along the No.19 bus route 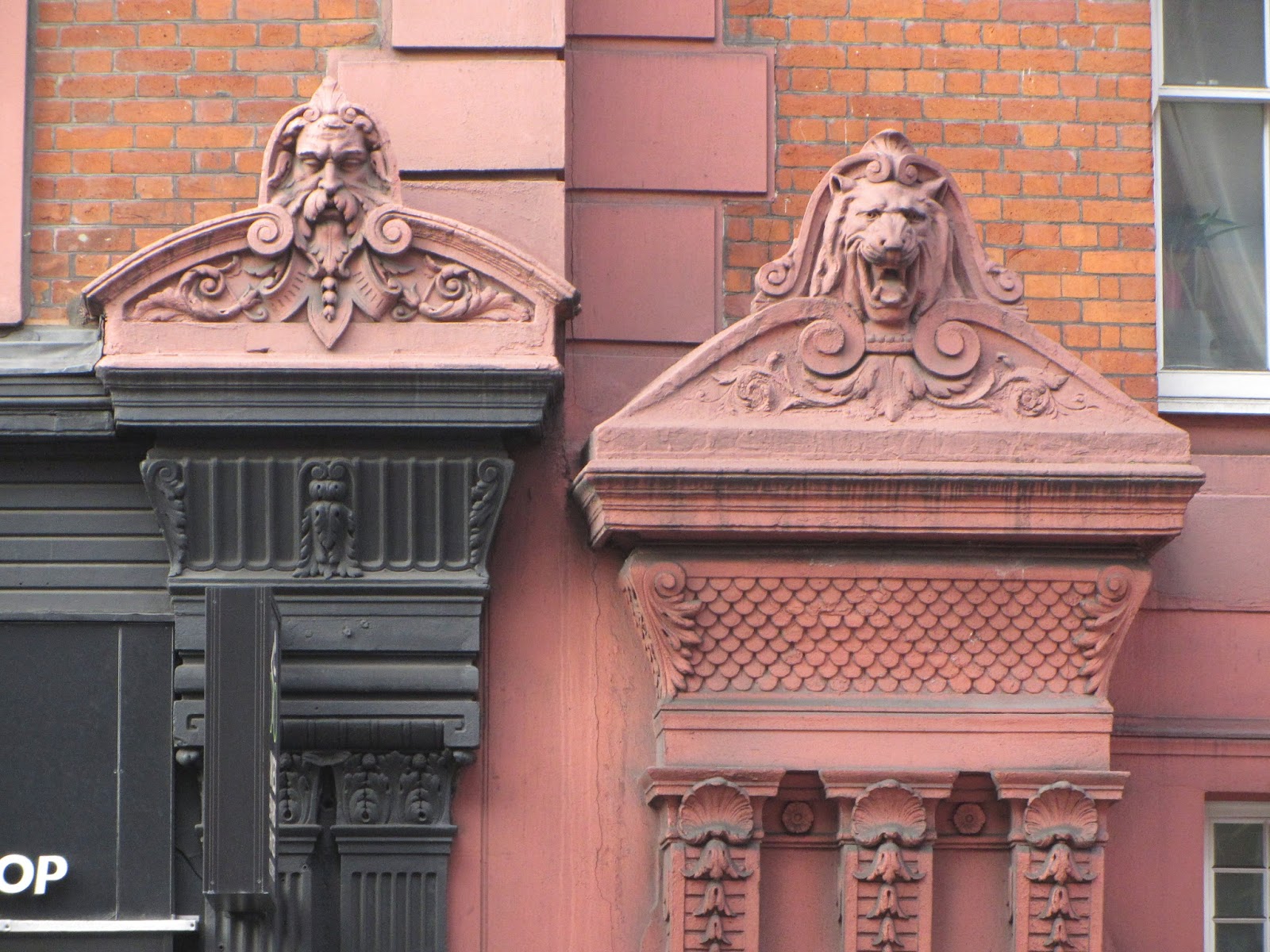 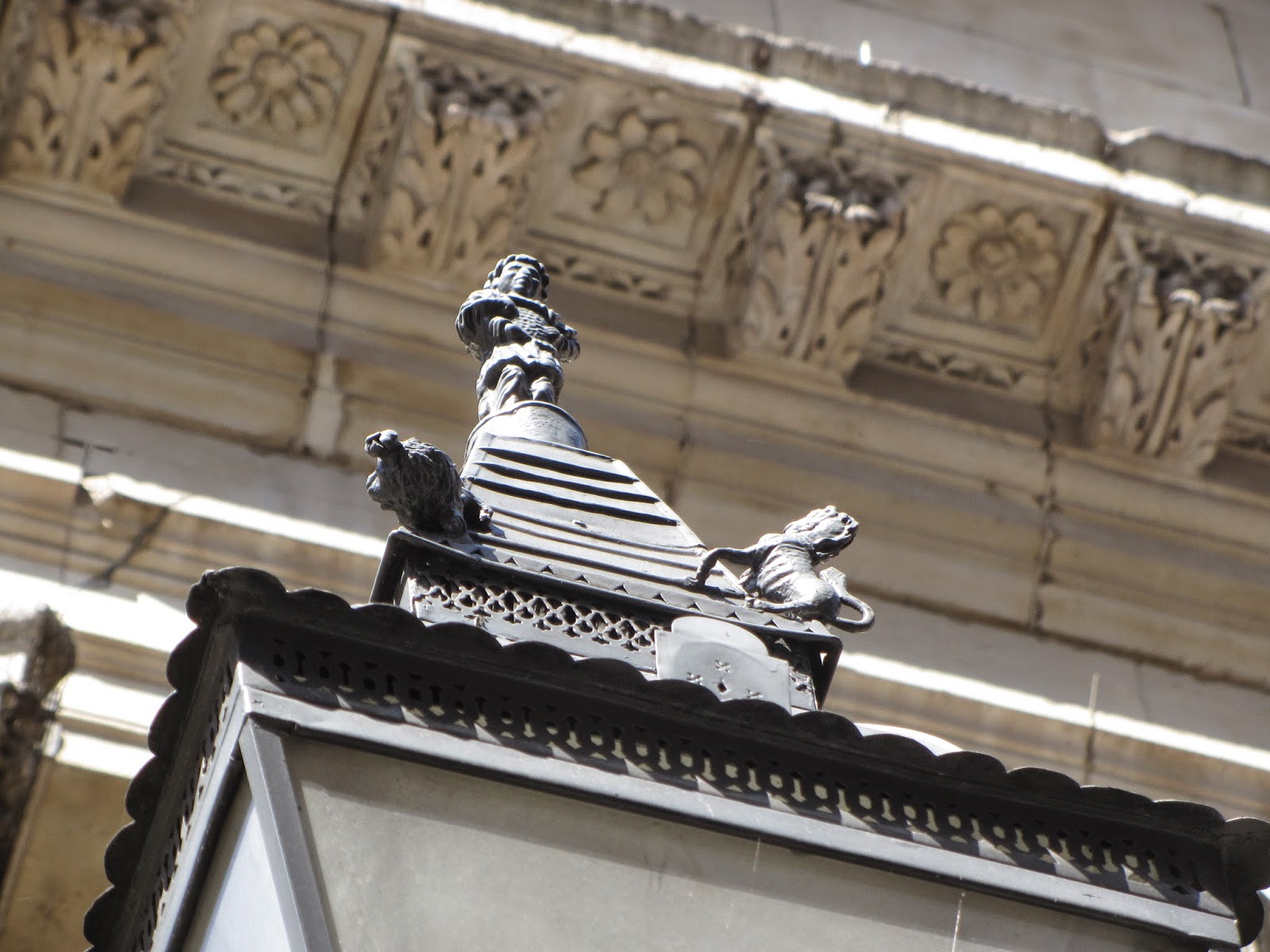 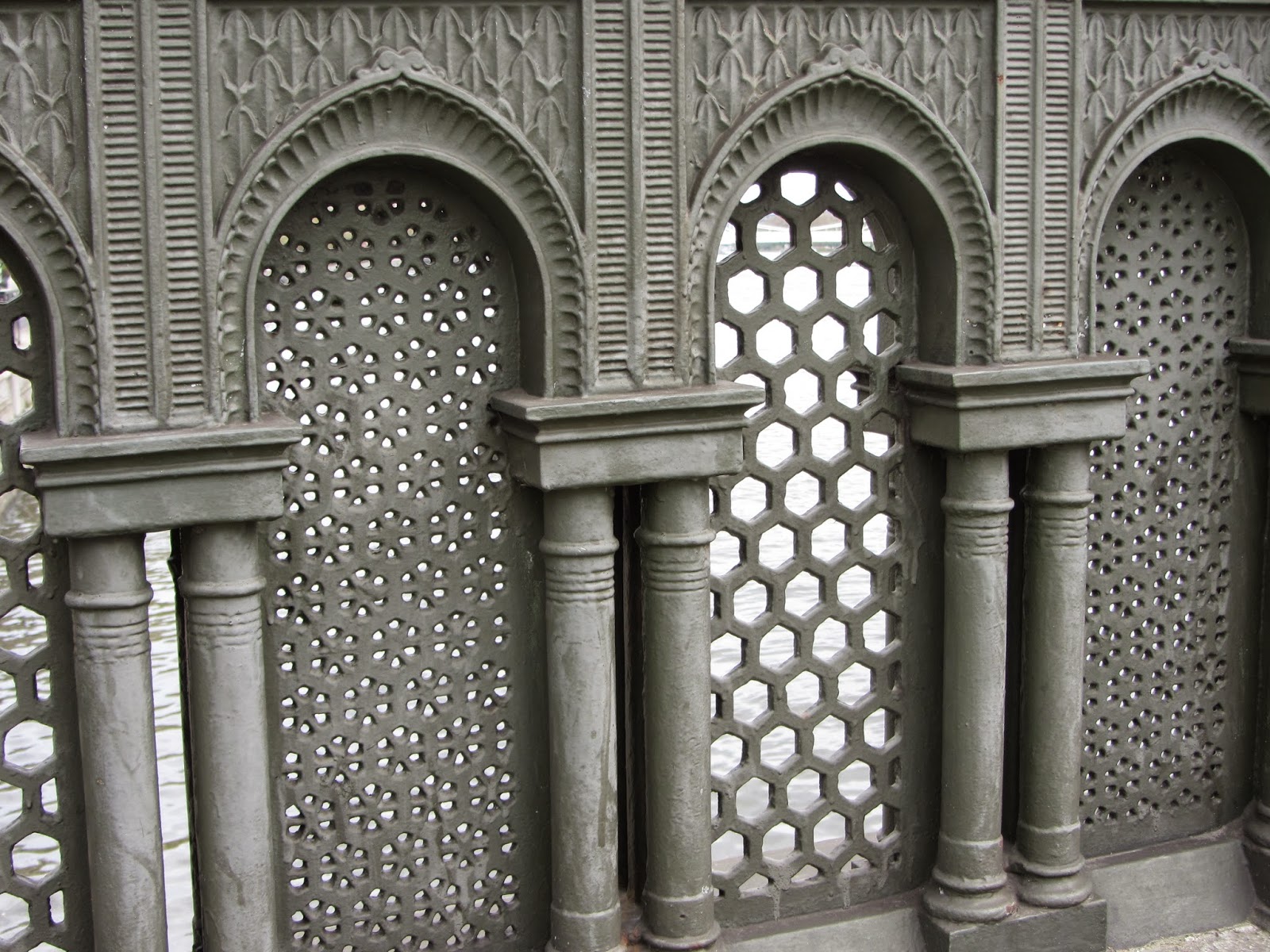 Three nice things – a series by Jane's London
No comments: