Last Thursday I went to the new London Dungeon tourist attraction at County Hall. Those of you who know me will already be thinking, "You went WHERE?! You? Why?"
Well, see, I had a free ticket to a promo evening when the place wouldn't be crammed full of people so I thought it might possibly be OK. Fun even.
Hmmm. I should have known better. The clue, after all, is in the name. 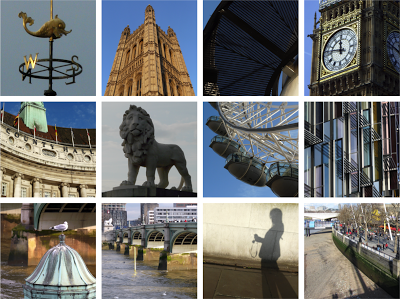 Photos taken in the vicinity of this "attraction"

We were warned that we would get wet. One of the early parts of the tour involves sitting in a boat in semi-darkness on a trip to Traitor's Gate. We went past a projection of Brian Blessed as Henry VIII (by the way, he's barely recognisable and a lot of effort has been put into 5 seconds of footage that I doubt many people even pay attention to). With most people carrying cameras and mobile phones these days we didn't think this 'wet' thing would be more that a few jets or some spray. But no, the lights went out and a whole bucket of water was chucked at close range in my direction resulting in the left side of my body getting very wet indeed. Actually, completely sodden. A staff member took my jacket and said it would be dry and ready for me at the end of the tour (it wasn't – it was given back to me still horribly damp). Throughout the rest of the tour, indeed for the next few hours I had to suffer the uncomfortable sensation that I had pissed myself because a lot of that water had also gone into my lap and worked its way down. Yeurch. It was a good job I had put my phone into a plastic bag that I happened to be carrying with me or the whole mess would have been even worse and expensive (for them).
I gritted my teeth and waddled around the rest of the tour with the others. We followed the trail through nondescript corridors with dripping ceilings, bad smells and beer barrels into various rooms where an actor performed a short skit – a jailer, a hangman, a barmaid, a prostitute etc. Lots of lights on and off and 'scary' stuff designed to make the punters scream. I didn't scream though, as I can never fathom why people get so agitated or frightened in an environment that's designed to make you jump. And I felt quite sorry for these actors having to do perform the same thing over and over every day. Did they do all that training for this?
Many of the actors spoke in Laahndun accents and as a Londoner myself I found a few of them hard to follow because they gabbled or spoke too fast. They are probably briefed to do this to keep the conveyor belt moving. But how non-english-speaking visitors manage to understand them is beyond me, especially the innuendo and jokes. And, call me old-fashioned, ("you're old fashioned Jane!") but I felt the historical facts were lost when mixed up with comedy asides. And what's Sweeney Todd doing in there? He's fictional! We'll have tourists believing he was fact. All I learned was something about torture implements, and condemned men showboating at the gallows.
Oh, and the attention to detail of a lot of the props and costumes is a bit suspect; in particular, the shoes worn by the mortuary attendant which must have come from the future – rubber soled walking boots during The Plague?
The best bits for me were something to do with leeches (I won't explain) and the short Alton Towers style ride at the end. There was no mention that this was the end of the tour. We got off the ride and the next stop was a desk selling photo merchandise where, for a rip-off price* you could buy a photo of you on that ride. Then... no, that was it – exit through a big gift shop into the blandness that is the ground floor of County Hall. No "thank you for coming", no no amusing "take care". If that's how they treat the people they have invited to promo the thing then that's how they treat the paying customers.
The London Dungeon blurb says "just follow the smell". As previously mentioned, there are recreated pongs as you wander through the show. But I didn't really expect discover a similar stench in the modern toilets within County Hall where an attendant sat doing nothing next to one aisle of closed stalls while a queue formed by the other aisle for the few toilets that were flushable or contained paper.
They say this new London Dungeon show is in response to the feedback from people who said the original one in Tooley Street was too scary; too gory. Well, this new show is torture. One and half hours of torture.
I suggest if you really want some horrible history then watch the brilliant cbbc programmes.
*The ticket price for an adult is £22. Oh, but if you book Madame Tussaud's, Sealife and The London Eye at the same time you can get the lot for £56. OUCH!