Yesterday I went to my favourite London art gallery, Tate Britain, to see the marvellous works by the wonderfully talented Cornelia Parker. This inspirational woman not only shares my surname but also seems to have similar internal questioning dialogue about the things around us and the patterns she sees on the streets around us.

A few friends had been to the show already and I did my best to avoid their many photos on social media as I always prefer to see an exhibition/film/performance 'cold' with no preconceptions and that way I get a true reaction on seeing something for the first time, having not been discoloured or enticed by often misleading enthusiasm or criticism.

I said I wouldn't take photos myself, but I just couldn't help myself when I was there. These little 'Parker does Parker' shots are shown as snapped in square format and you might have already seen some of them on my janeslondon Instagram feed. I hope they intrigue and entice you. 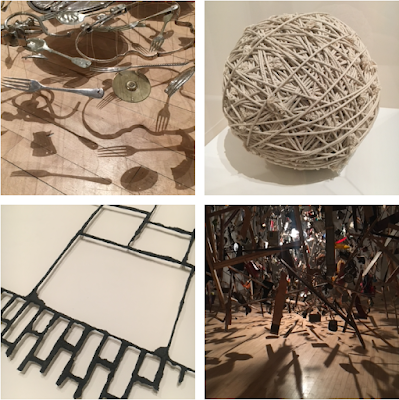 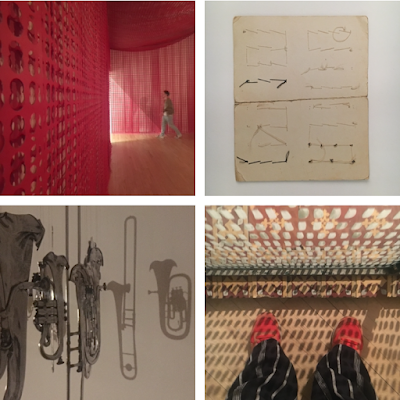 Every room was full of clever ideas. And there were many other things I admired there, and the thoughts and ideas behind them too, each explained in print beside the work written by Cornelia herself, which is really refreshing as we usually have to read generalisms and suppostions composed by gallery curators using marketing-speak. I particularly liked reading how she had spoken to and gained access to various institutions or tradesmen in order to obtain quite unusual products with which to make her artworks. The works about what's not there, remains and negative spaces are particularly clever, I think.

I spent quite a while looking at her set of photos of the wall in Caledonian Rd that is the boundary to Pentonville prison. I have taken many similar photos myeself and call them 'accidental abstracts' created where walls have been patched and partly repainted. Here we see Cornelia doing the same. It's amazing I haven't bumped into her in that area of North London over the years. The render has been recently chipped off the wall, and looks to be in a state of flux. See here. It had previously reminded me of, and gave me a taste for, a pint of Gunnness, where the white met the black in a fuzzy line as here.

Oh and there's embroidery, wirework, movies, installations, and so much more. A marvellous body of work. I will probably go back for a second visit as it is on until 16th October. More info here.