A lack of movement in Trafalgar Square

Trafalgar Square is full of statues including Nelson, George IV, some lions and a big blue cockerel that are made of stone, bronze and other strong arty substances, but there are also some other statues to be found there.
I am referring to the street entertainers who stand motionless like a statue but then move slightly or suddenly to scare or amaze passers-by. 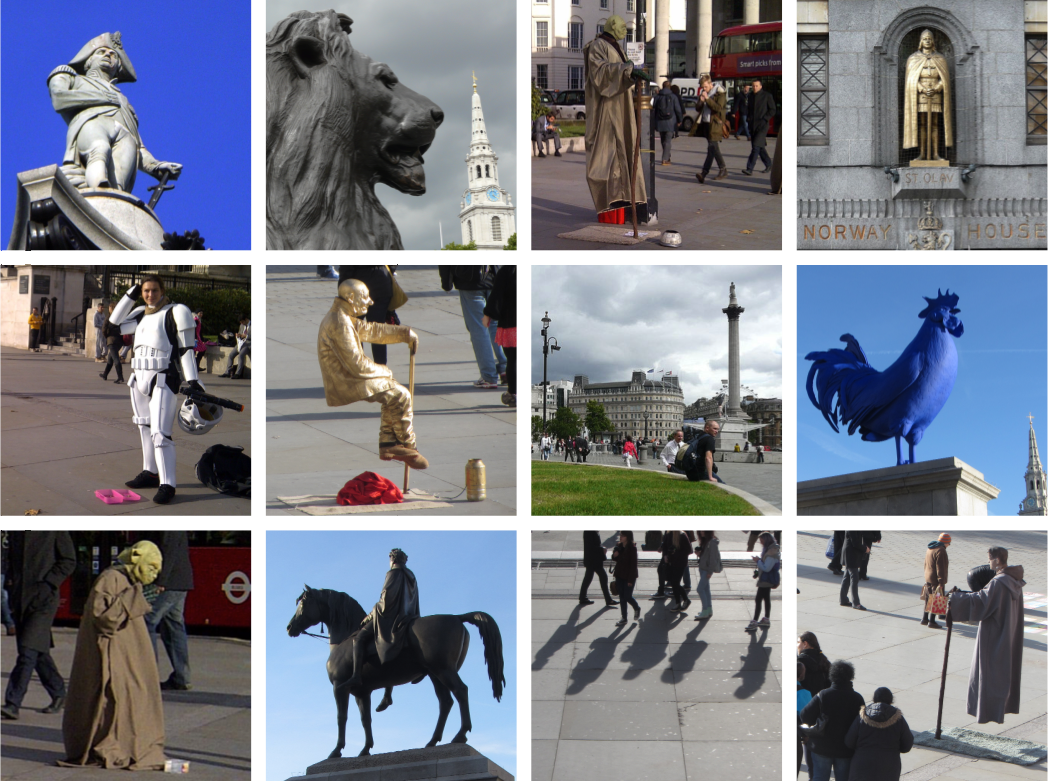 I have seen some very clever ones in Barcelona, Prague, even Covent Garden, and marvelled at their strength and ability to stand still for so long, possibly just moving their eyes, but what we have here in Trafalgar Square these days are people making no real attempt at all – they don't even paint their bodies to look like statues any more. Instead they dress up head to toe in purchased outfits complete with rubber masks and then most of them wobble about on platform constructions intended to make it look like they are levitating. On the day I took these photos, back in November, there were four Star Wars characters including two Yodas and a girl in a Stormtrooper outfit who just made five minute attempts to hold poses but mostly stood around holding her helmet.
And the really annoying thing about this? People actually give them money!!!