Oddities of The Strand

On Saturday I joined the engaging Peter Berthoud on another of his interesting walks.
You may recall I spent Christmas Day in central London with him... well this time he showed a group of about 15 around his oddities of The Strand, most of which I never knew about, or had any idea they existed.
I won't give anything away here, but on the walk we saw and learned about bananas, a tunnel, a church, a Bob Dylan video and a royal barge... we even saw some magic! And we ended the tour having a couple of beers in one of my favourite pubs.
Here's a direct link to his walks – be sure to check out Peter's quirky pricing structure!
Below are some of my own observations in and around the same area plus a pic of one of my own strands(!). 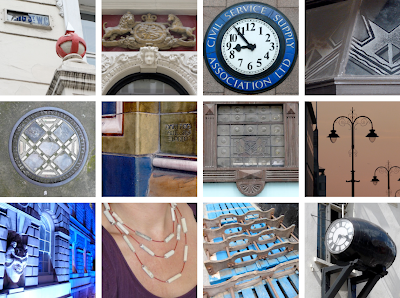 The coal hole is in Surrey Street at the side of the now disused Aldwych Station. After the walk a couple of us were taken by another member of the group to see a shooting range that is directly underneath it – this is the view looking up.