Recently I was at a market and happened to notice that by the end of the day a food stall selling 'artisan' pastries and cakes had barely sold half of its stock. OK, some of it could possibly be re-hashed into other products (their bread pudding made with croissants was yummy!), but the bulk of it would surely have to be binned.
It got me thinking about how the cost of the basic ingredients is, in many cases, minimal (cupcakes anyone?!) yet the retail prices have to factor in all the estimated wastage.
Food waste disgusts me. Here, in the UK and the western world, we are paying over the odds for simple items and throwing away good, edible, unsold or uneaten food. A lot of fruit and veg available in the UK is being imported from around the world, and a large percentage of that also ends up being thrown away as either unfit to sell or, once bought, it's mouldy/inedible in a day or two.
Include 'sell by' and 'use by' dates, and the whole thing gets really ugly. One big compost heap – though I bet no one's thought of that.
And, in contrast to all this, there are still people in the world without access to the basic ingredients needed to make simple meals. Go figure.
I put the TV on this morning for a bit of homogenised BBC News and it seems some genius has suggested that the world's food shortage could be blamed on obese people!
These lardy buckets do indeed eat too much, but this 'epidemic' of families of overweight waddlers seems to me to have begun at roughly the same time as MacDonald's started to offer supersize portions. Ditto kingsize Mars Bars, buckets of fizzy drink and crisp packets containing enough calories to feed a family of four. There were no obese people about when I was at school; just one fat boy in my class, though he did eat a lot of sweets.
Here's an interesting statistic... according to the BBC item, the US contains one third of the obese people on this planet yet the country only accounts for 6% of the world's population.
I wonder if we can also blame these American obese people for the strange weather we are having this year... perhaps them being concentrated in one place like this is causing the planet to go off-balance?
On the subject of food, and particularly fast food, if you haven't already seen it, watch the fascinating 'The Men Who Made Us Fat'. The first episode was last week – find it on BBC iPlayer. Fascinating and scary. 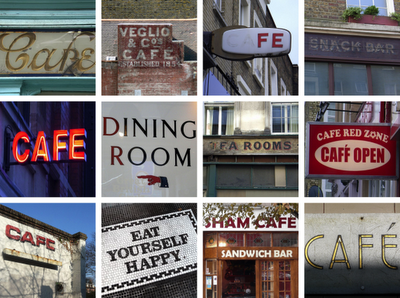