In and out the dusty bluebells 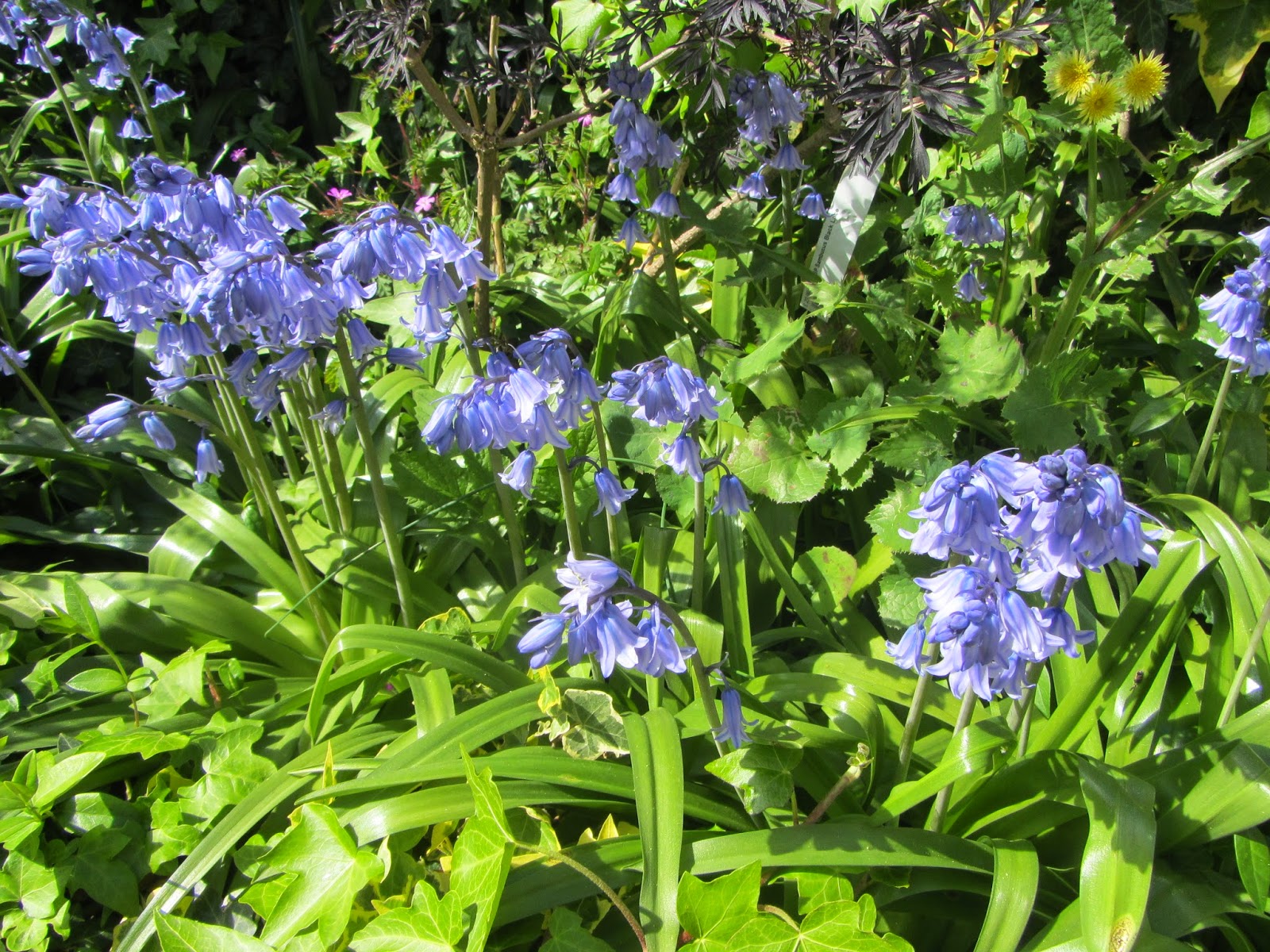 Sitting on my back step admiring the lovely bluebells in my garden I was reminded of a game I used to play in the Infants' school playground back in the 1960s.
First of all we had to find a few friends who wanted to play so this necessitated skipping around the playground holding hands calling out "who wants to play... [insert game name here].... join in" (with the word 'join' really extended/emphasised).
Once we had a group of say eight, then seven stood in a circle holding hands with arms raised like gothic arches and one person (let's call her the leader) wove in and out of the ring whilst those of us in the ring sang:
In and out the dusty bluebells
In and out the dusty bluebells
In and out the dusty bluebells
Who will be my partner?
Then the leader would stop behind that child and rhythmically pat on her shoulders (mostly a girls' game though I do recall boys sometimes joined in) whilst we sang:
Pitter patter pitter patter on my shoulder
Pitter patter pitter patter on my shoulder
Pitter patter pitter patter on my shoulder
You will be my master!
This child then joined behind the leader and held onto her hips, the circle got smaller and the whole thing repeated until there was just one child left who got banged on the head by everyone. I haven't a clue what the point of it was, or what it all meant, but I liked it.
Over the years I have been asking people if they remember this game and, apart from one friend who grew up in Kennington but can't recall the words to the song, I have drawn a blank.
Recently I found the game mentioned in My East End by Gilda O'Neill (I urge you to read this book; it's wonderful). As seen below, the words are slightly different:

The reference to a dog is logical as regards use of words like master, follow and even the inclusion of patting*, but how this links in with bluebells is beyond me.
Does anyone else remember or know anything about this game?