Wandering down Exhibition Road, marvelling at how the partial pedestrianistation has been a big success, I noticed that the boards have been removed from the wonderfully elaborate Henry Cole Wing of the V&A to reveal the recent clean up.
I don't think it looks very much different. Was this really necessary? Below are some shots of it a few years ago with a couple of shots on the bottom row showing how it looks today (thanks to Google Streeview): 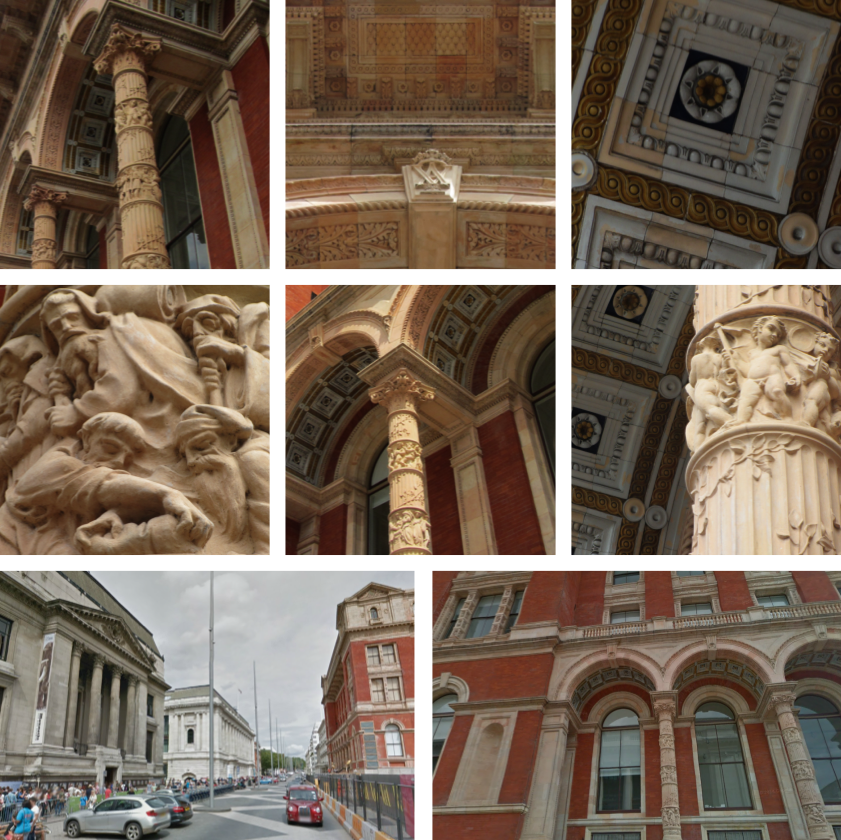 I was on my way to The Science Museum to see two photography exhibitions.
Make Life Worth Living is a commissioned series of photos by Nick Hedges and illustrates the poor living conditions in major UK cites during the late 1960s. Viewing the images I found it really hard to fathom that people were allowed to live in such damp and basic 'housing' during my lifetime. Free entry.
Drawn By Light charts the early days of photography from as far back as 1820. As well as some amazing photos, there are examples of the type of kit used when a 'portable' camera was the size and weight of a second person. But the results were well worth the effort. Some of the images look really contemporary and truly ahead of their time.
An adult ticket for this exhib is £8 but here's a little tip... you can get half price entry if you pick up and fill in one of the leaflets which can be found there (I found mine on the counter of the cafe opposite the exhibitions on the second floor). The price goes down even further to £3.20 if you decline the donation fee when paying for your ticket.
Both exhibitions are on until 3rd March.