I am still bemused as to why people buy water in plastic bottles from the supermarkets and then lug them all the way home. The water that comes out of out the taps in our houses passes strict health and safety tests; the bottled stuff would fail those tests immediately.
Add to that the cost of manufacturing the plastic bottles and I can't understand why many people wasting their money in this way and why they think the bottled stuff is somehow better for them. Check those 'Use By' dates!
How ridiculous! Turn on the tap. 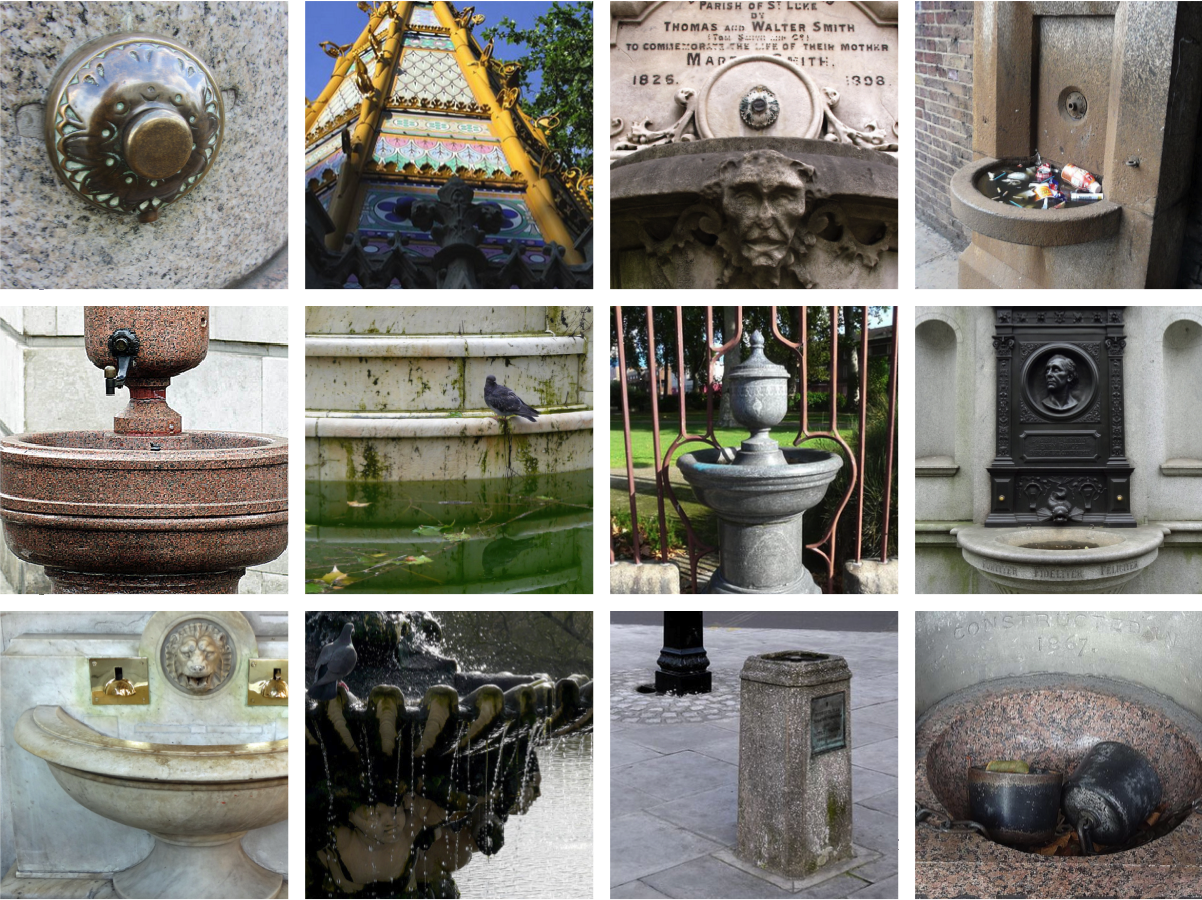 In years gone by drinking fountains could be found in parks and open spaces and on most major junctions. Unfortunately many were vandalised or disconnected in the 1980s by agents working for Perrier, Buxton, Volvic et al (just kiddng!!) and so buying their water in bottles is now often the only option.
However, if you have a collapsible bottle in your pocket like the one made by Aquatina you can top up whenever water is available.
To make this easier, Find-a-Fountain have produced a map showing all the working fountains in Central London. I notice that there none anywhere near the busy shopping area of Oxford Street so if you do know of any just add them to the site yourself. Similary, south of the Thames also looks to be a bit dry, so let's get some more markers on the map.

A relevant aside
Also worth mentioning about whilst I am on this subject is the lack of (free) water fountains at many UK airports. I have found a couple of pathetic squirty things at London Stansted, but if there are any at London Gatwick they are very well-hidden.
Singapore airport is a marvellous example of how airports should be, with groups of water fountains every 100 metres or so (they also have free wifi terminals and lovely gardens too – you could actually live in that airport!). But airports in other countries, especially those in hot countries, are not providing fee water and are instead cashing in on their dehydrated 'customers'/travellers. Here's a tip: when I travel back from Turkey I always take an empty bottle through customs (lid removed) and fill up from the wash basins. Ta da!!

Shown at the top are some London fountains in various states of use (a couple of them were/are not for drinking water):
Top: Blackfriars, Westminster, Finsbury, Camden
Middle: City, Soho, Hoxton, Westminster
Bottom: Bloomsbury, Kensington, Kentish Town, Holbon
Lots more pics of London drinking fountains here; many of which are still in working order.