It's a strange title but this is a film about two people who paths cross when they are both hunting for their missing (adult) children in London after the bombings on 7th July 2005.
I am writing about this now because I forgot to do this earlier in the year when it would have been more relevant, and I just noticed that the film is out on DVD on Monday 11th October.
What I like about this French-made film, apart from the very good performances and slow pacing, is that it isn't littered with silly images of iconic London buildings, but instead centres on the Finsbury Park area, specifically Blackstock Road where the missing people were living.
The pics in the top row show places that pop up in the film, the second row are missing things, and the bottom row is the bottom row. 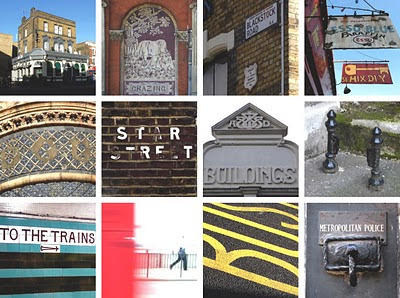