A marvellous theatre, designed by the prolific Mr Frank Matcham and built in 1903, used to stand in Holloway Road on the west side of the street, almost opposite M&S.
I was recently alerted to a short film on the Talking Pictures TV channel showing the building just before it was demolished sixty years later in 1963.
The movie is less than five minutes long and isn't the best quality. However, I managed to snap a few stills with my camera and put this together: 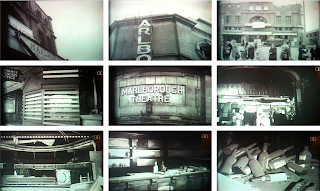 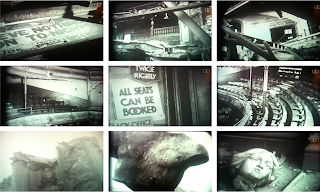 The tall building that now stands in its place is called The Marlborough Building in memory of the theatre and the row of villas that used to stand adjacent to it.
If you'd like to find out more about the theatre and what the Holloway Nag's Head are was like in 1903 then (plug! plug! plug!) why not come along on my walk?

The film also includes some street scenes of Holloway Road looking north; cars and buses and what not: