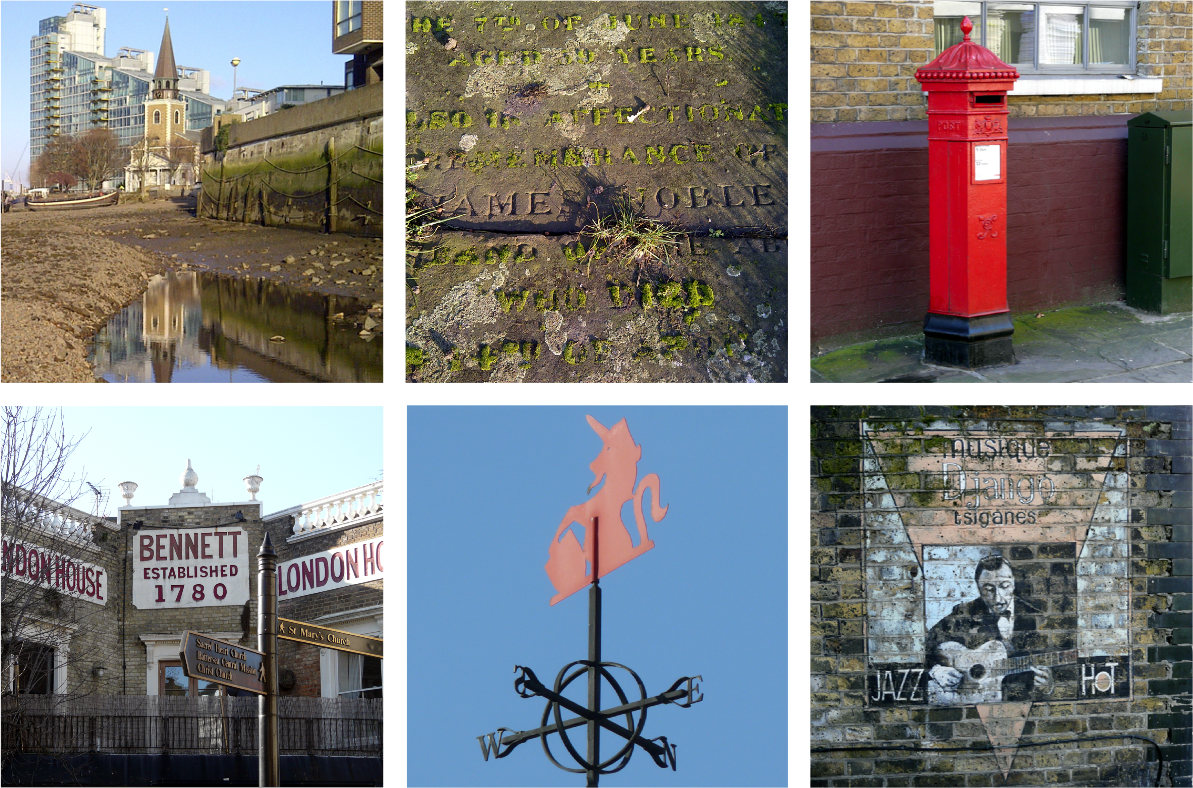 After our foreshore forage we stood a while in the garden of St Mary's Church. We admired the building and I noticed and liked how the moss on a gravestone hadn't taken hold in in the name. Spooky.
We turned left into Battersea Church Road commenting how the village and its river industries seemed to have been swallowed up into modern developments as per the revamped Old Swan Wharf and Valiant House.
Back in the late 1990s I had a freelance job nearby, next to the now demolished Price's Candles* warehouse, and I'd drive to and from there via the village so I wanted to show my friends all the little gems that could be found in the vicinity – the Victorian Penfold acanthus pillar pox, the entrance way to Bennett's drapery with it's bold signage, a couple of nice weather vanes and a wall painting of Django Reinhart. So far so good.
We continued our walk past the lovely green tiles on the Katherine Low Settlement, walked under the railway and headed into Battersea High Street as I had promised to show them some lovely old shops.
But I was sad to find that most of them are now either gone/changed or not visible.
When I was last there in Feb 2009 I took these shots: 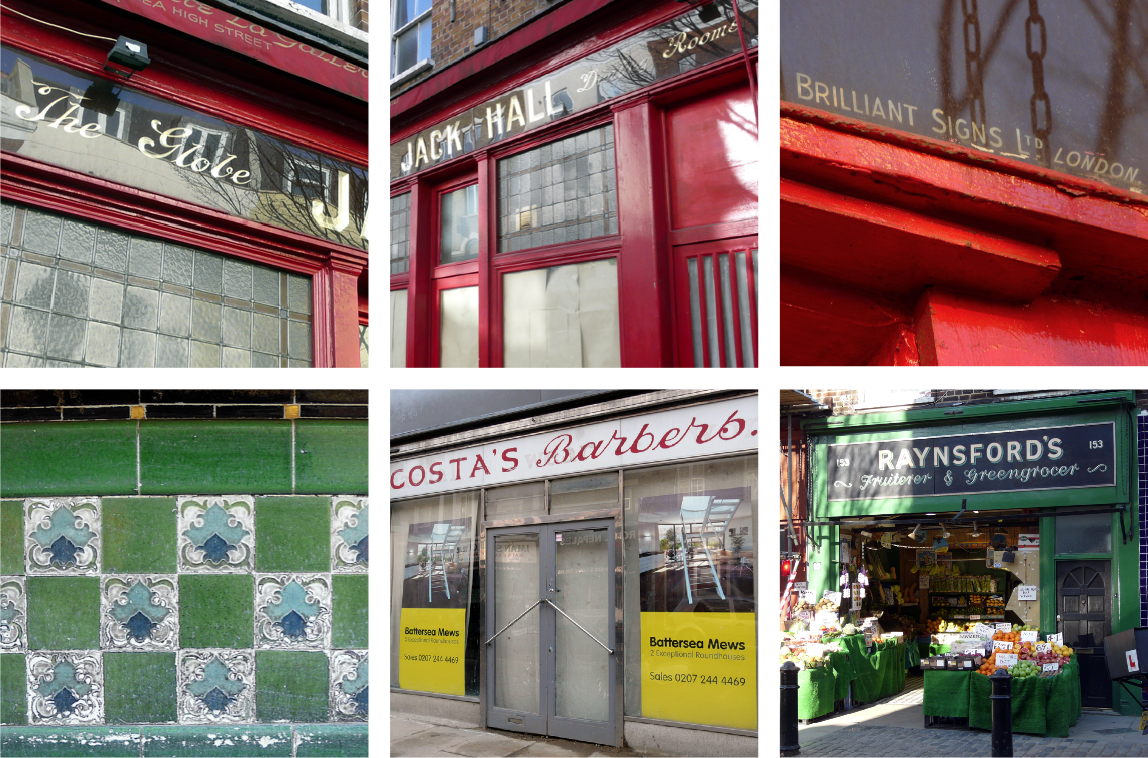 The Dining Rooms sign is still there but it has been temporarily covered up. I couldn't see Costa's at all. As regards, Raynsford's, it was a Sunday and the shutters were down so it was hard to tell if was the same shop (I hope so). However, the tiles shown bottom left remain.

* By the end of the 19th century Price's was the largest candle manufacturer in the world. In 1877 Price's made 147million candles, 32 million night lights and made approx one million gallons of lamp oil ...!!
When I worked in the area I loved the smells that came from Price's factory and I used to shop there, especially at Christmas time for presents, though I did notice back then that they appeared to be struggling as there was hardly ever any other customers except me. The company moved to Bedford in the late 2003 after getting into financial difficulty, probably due to heavy competition – candles had become rather popular and everyone and his mother were by this time making them inc Ikea. The Battersea/Wandsworth site is now a sea of modern glass-fronted apartments.
Read Price's detailed history here.

Update:
I have recently discovered that there is a lovely independent flower and garden centre just around the corner. I plan to visit it next time I am in the area and will write about it here.