I recently went for a walk around the Fenchurch Street area of the City, popping into churches, investigating little streets and alleys and admiring old buildings and their interesting details.
But that bloody Walkie Talkie loomed over me from almost everywhere.
As you are probably well aware from my previous posts, I am not a fan of all this heavy-handed steel and glass architecture (see here and here) that's sprouting up like some kind of instant Dubaiification.
The Pointy Thing at London Bridge is just a greenhouse that tapers towards the top, and conversely, though similarly, 20 Fenchurch Street is just a tower block that flares out at the top but has the added bonus of being able to fry eggs and melt cars.

As viewed from Blackfriars, from Potters Fields near Tower Bridge, from the northern end of London Bridge, and from Rood Lane EC3.

As viewed from Eastcheap/Philpot Lane (x2), and from the eastern end of Fenchurch Street. The last pic shows it at street level illustrating how truly unimaginative this building is – just compare it to the considered old architecture on the corner of Philpot Lane.

I wandered into Mincing Lane and found a relatively new pedestrian street opposite the Disneyland-style castle and prancing ponies of Minster Court (ugh!).
Plantation Lane forms part of the huge Plantation Place development (but check out Google maps and zoom in to notice that the road name on the street sign has been erased – why?). The street narrows as it goes westwards towards Rood Lane. The only reason I didn't get agitated by being hemmed in by even more bullying glass is because I was distracted and intrigued by the pavement which is natural stone embedded with lines of names, words and phrases linking to London. Great to spot some wonderful old street names there ;-)

The pavement along Plantation Lane. At the Rood Lane end of the street I took the chance to capture some convergence images illustrating the diverse architecture.

The City of London will never be finished. It is constantly evolving. Yet it seems to me that there has been a greater percentage of building/development per square metre in the last ten years than in the last 500. I appreciate that we live in a different world these days, with different needs and demands, but what I cannot fathom is the extent and size of these things, especially when so many old buildings stand empty and many finished buildings of similar size are not yet anywhere near reaching full occupancy. 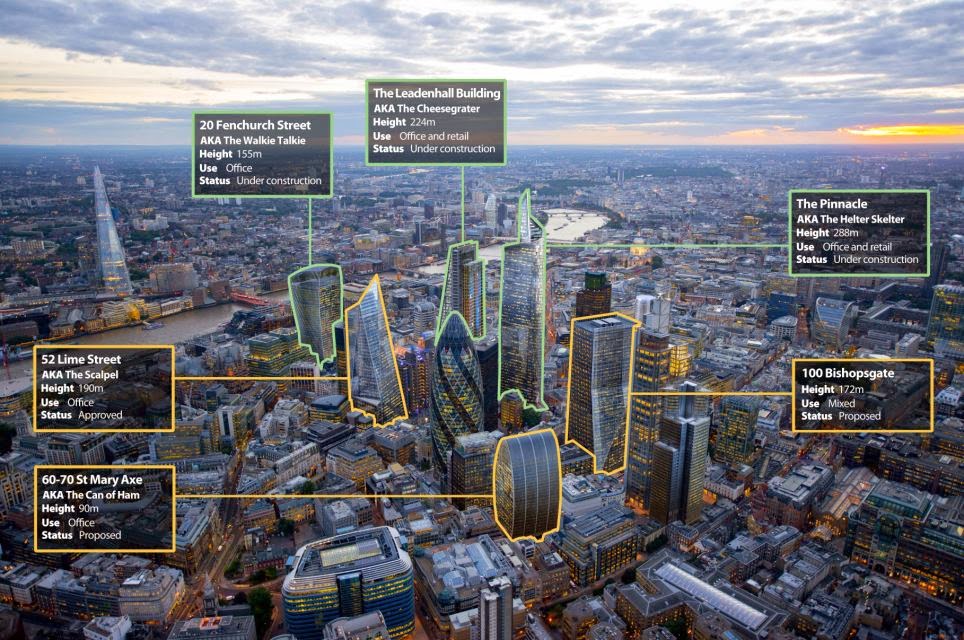 Immediate plans for The City
Read more about this here. 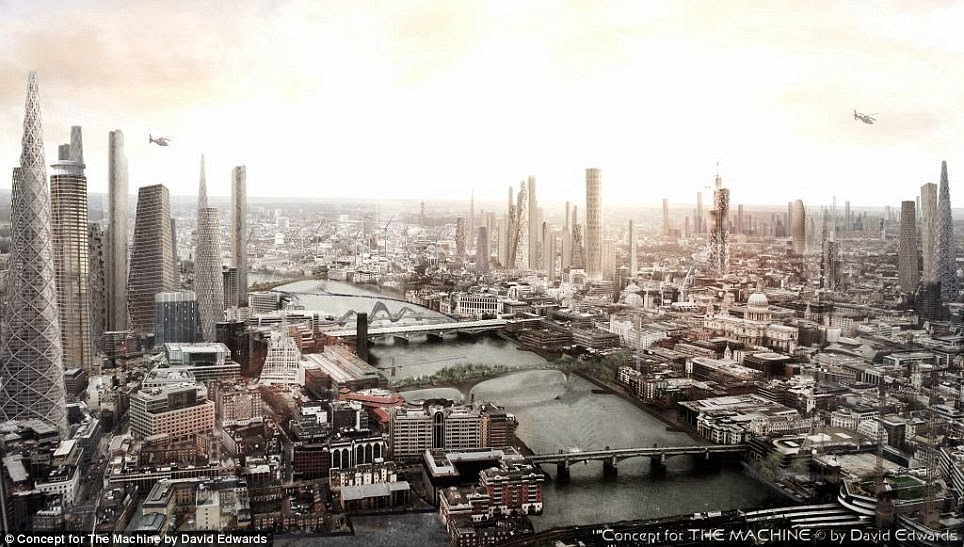 David Edward's idea of what's in store for the future
Read more about the future here.