I recently met some friends for a drinks and nice food in a lovely pub in Bermondsey Street. Zig-zagging back towards London Bridge I entered St Thomas Street via Weston Street to find the junction completely blocked by construction works. Gone was the view of the road tunnel under the railway bridge, with hoardings and scaffolding erected half way along the road looking east. It's probably been like this for ages, but this not being an area I walk regularly, it was a bit of a shock for me. I stood and wondered and hoped if the lovely old brickwork that originally supported the bridge would remain once the work was completed. 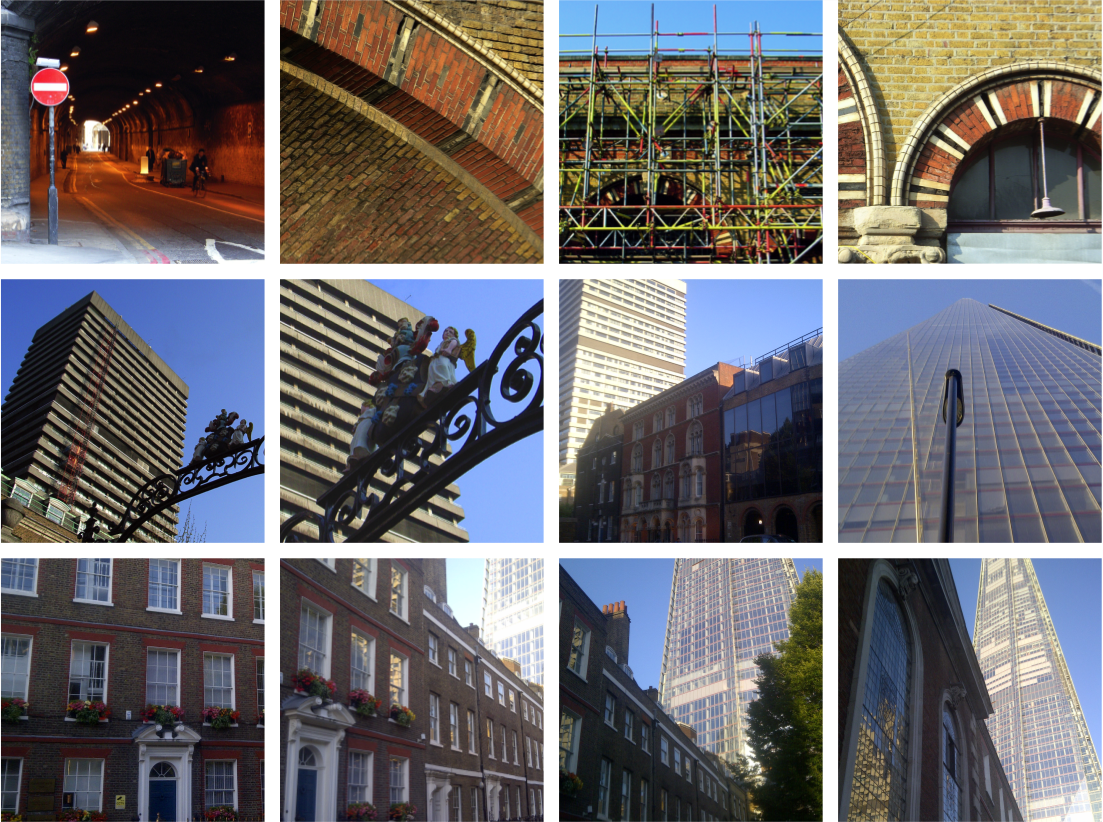 Turning left into St Thomas Street I found that I was in a very forceful wind tunnel. It wasn't a particularly breezy evening so I can only assume that The Pointy Thing was causing this uncomfortable condition. I stood at the foot of the glass monstrosity and marvelled at its lack of architectural features. I still could find nothing to endear me to it; just rows and rows of angled plain glass windows separated by red lines and pale grey panels. Actually, it's all a bit mid-80s isn't it?!

On the western end of the St Thomas Street, stands the main tower of Guy's Hospital. This edifice has had a bit of a make-over recently – see the pics in the middle row of the top collection of images; the first were two taken in 2008. The tower dominates the lovely old main entrance to the hospital with its beautiful ironwork gates and gardens.
On the other side of the street, The Old Operating Theatre Museum & Garret and the adjacent georgian buildings make a ridiculous contrast with The Pointy Thing.
These days the powers that be are indeed saving certain buildings from 'progress' but it seems to be only those over 150 years old. Therefore, little three-storey, hand-made and brick-built gems get ring-fenced by enormous sheets of glass as architectural curiosities.


This area of London, from the south side of London Bridge down into Borough High Street, fanning left and right, is steeped in history yet much of it has been lost, mostly due to the swathe of land cleared when extending Guy's Hospital. Once an area for rowdy socialising, gaming, drinking and theatre, most of the drinking holes are long gone with only The George Inn remaining as an example of its kind. Hints of these old taverns can be glimpsed in the truncated narrow streets off the main road.
I have no concluding sentence.