Nicola Baird recently celebrated her 100th post by putting on a staged version at the King's Head Theatre last Saturday. In this one-off chat show called Islington Faces Live our inspirational host chatted to different Islington residents.
We met Theresa Debono, Islington's lovely diminutive Maltese lady mayor, Ethiopian singer Hanisha Soloman and John Walters the Pearly King of Finsbury (now part of the borough of Islington). We also heard from others about the theatre itself, star gazing on Highbury Fields, finding unusual artefacts in the road, learning languages in cafes, and how a 1960s immigrant discovered that the streets of London were not paved with gold after all. But he stayed anyway! 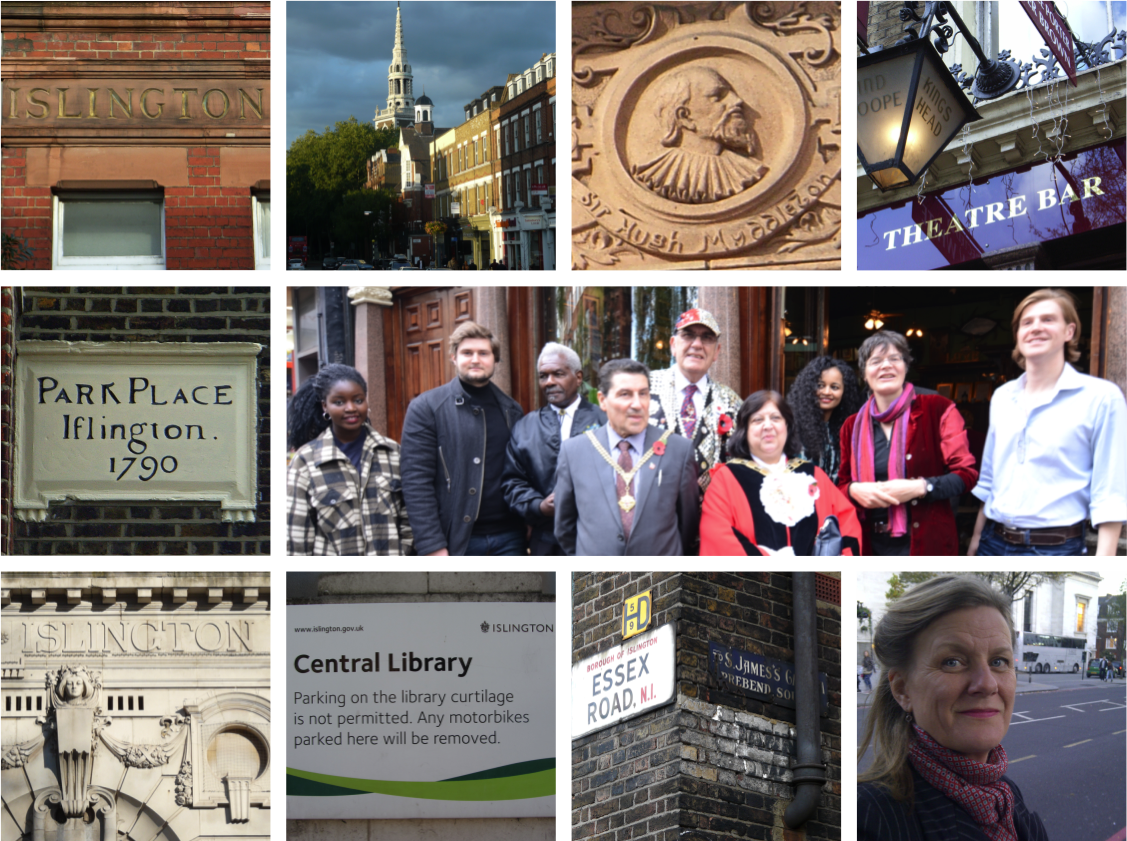 
A very pleasant way to spent a Saturday afternoon.
All ticket money raised went towards The King's Head Theatre fund.
Well done Nicola – here's to the next 100 interviews.