On Saturday I went down to the Chelsea waterfront to check out access points for a future foreshore forage*.
God, it's dull down there. Back in the late 90s /early 00s, I had the misfortune to occasionally freelance at an office within the Chelsea Harbour development. I found it devoid of any life and it made me feel trapped and alienated. It was just expensive furnishing emporiums, expensive boxy apartments, expensive boats and one or two places where you could get some over-priced snacks and drinks. I would breathe a sigh of relief when I reconnected with reality every evening.
I hoped things might have improved over the years and it would now be more of a go-to area vis-a-vis St Katharine Docks etc. But no.
I was in the vicinity for just over an hour and apart from a street cleaner, two people getting into a car, another two looking hungry, one man on one of the many apartment balconies with a river view, one lady with a cute little dog and one jogger, that was it. 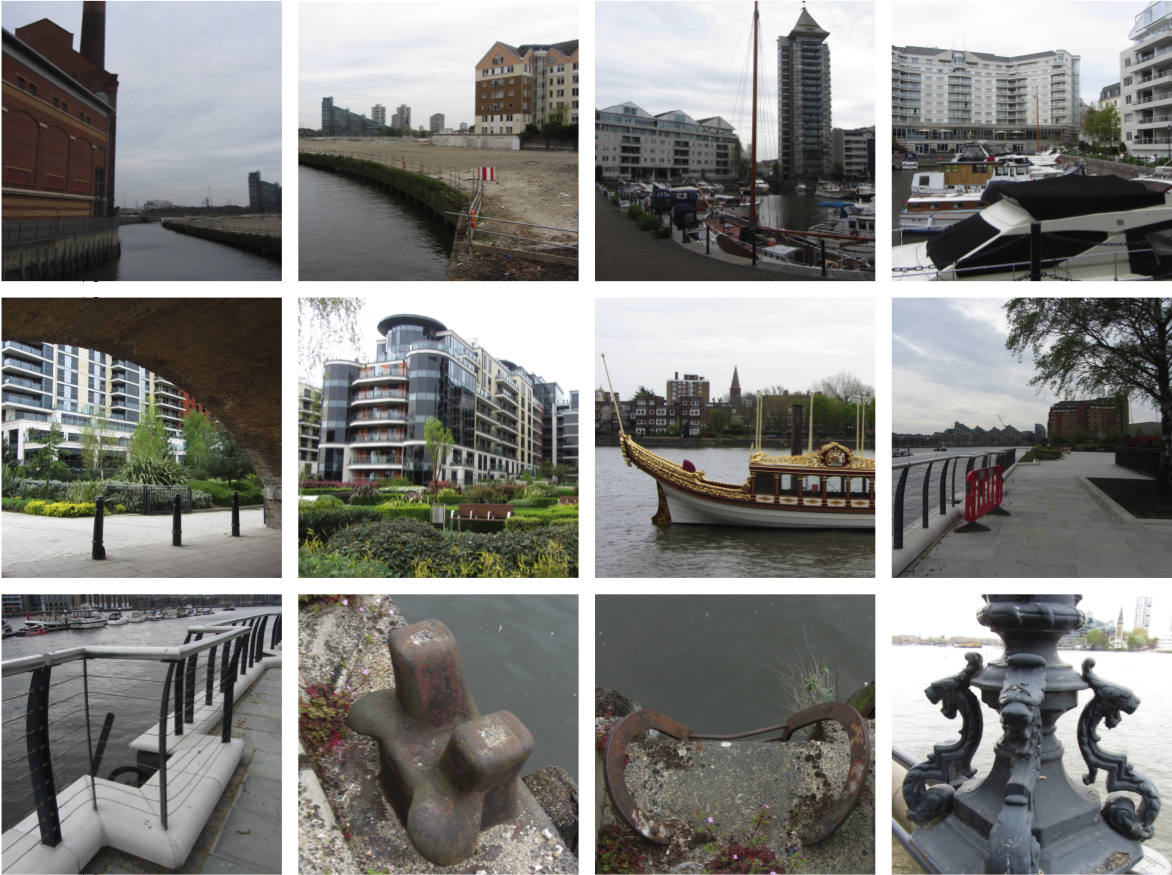 Chelsea Harbour still looks like something the props department made for Howards Way. It's accessed via Lots Road, an area now standing mostly empty or derelict, waiting to be transformed into the next set of glass boxes for people who occasionally need a London pad.
The Thames Path leads west from the harbour, via Imperial Wharf, under the beautiful brick-built Wandsworth Railway Bridge, and on to Wandsworth [road] Bridge. I only walked about three quarters of it before I turned back again.
Despite what Imperial Wharf's website says, nothing is happening there. This 'sought-after location' is dull dull dull. Or perhaps people who can afford £1000 a week rent money are also dull.
Along the path there are a few dockers' mistresses and metal ladders preserved within recesses in a modern fence designed to resemble an ocean liner indicating that this was once a lively and commercial stretch of the river. On the other side of the path there are overly-landscaped and manicured gardens in front of Imperial Wharf's imposing apartment blocks. It certainly doesn't look like a park to relax in. I very much doubt you can kick a ball about there. Ooh, sorry, just remembered I also saw two people sitting in the park, so that's a total of ten.
Next to a identikit riverfront pub there is a restaurant called the Blue Elephant; I think White Elephant might be a better name.
I also spotted near the harbour a few lamp stands with dragons on them and, moored at the river taxi jetty (closed), there was a gilded barge. Who owns this? Is it Royal?
A sign on the old power station gates reads: Chelsea Waterfront – Quintessentially London. Eh? Discuss.

*Sorry, fellow foragers, but there are no easy steps available, so this area won't be an area we'll be visiting in the future.