Season of goodwill and all that but here comes another rant...
I work on an AppleMac. Years ago Macs were only used as work tools by designers like me. But Apple had to pull it socks up and appeal to a wider market and now it seems everyone and his mother owns something with an i in front of it.
My latest gripe involves upgrades and unhelpful advice. Here goes:
I can't have an iTouch until I upgrade my Mac to 10.5 or higher. It seems I need to be running Snow Leopard. For those of you who are confused about that, you're not alone... read on...
After two hours of checking specs and forums on the web I was none the wiser as to which SL product I needed to buy so I booked a 'Genius' appointment at the Apple Store in Cov Gdn. 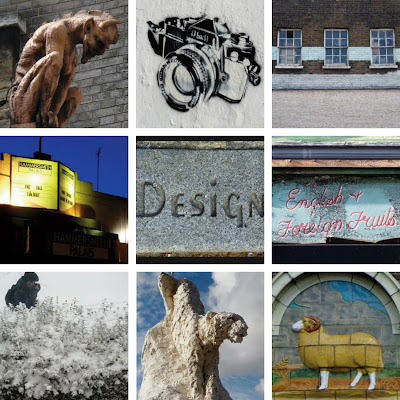 When I got there the place was packed – after all, it is just an internet cafe without the food and drink. There is no signage to say where the Genius Bar is; one has to keep asking. There is also no signage anywhere to say where anything else is either.
Two red-shirted numpties came up to me and asked if I had a one-to-one booked. Er. Yeah? Dunno? What? My name wasn't on the list. When I explained why I was there they looked me like I was the most stupid person in the world and and told me (d'uh!) that I had a 'technical' query, and then mentally patted themselves on the back for being so jolly and obsequious yet perversely condescending and patronising.
This did not put me in a good mood. And I had to wait ver 20 mins before I was seen. My grinning nerd, sorry, genius, said I needed Snow Leopard. It occurred to me at this point that he just assumed I knew what this was – Apple seems to think that we know about every Apple product they sell in advance, both in-store and on-line. It's not very helpful.
I explained my problem and my genius asked what system spec I was running. Had I not had the foresight to take with me every bit of info I could find he would not have been able to help me. Ooh dear reader, how further pissed off would I have been then?
But, good news – the diagnosis is that I only needed to spend £25 to upgrade my system. Phew!
So... as I'd only used 5 mins of my 20 I thought I'd quiz him about other things, and bloody glad I did because I needed some info about upgrading my iPhoto. (In order to create the montages for this site I have set up a lot of cross-referenced files for the 16,000+ images I have on file – I have hundreds of folders and sub-folder in there – a bootscraper pic may be filed in 'Bootscrapers', 'Bloomsbury' and, due to its cat shape, in 'Animals' too. It's an old package and is suffering with overload.)
BUT, get this... hold onto your seat... he told me when I upload Snow Leopard my old iPhoto won't work! And, furthermore, if I upload the new iPhoto (part of iLife, which contains 3 other things I don't need) it won't retain all my existing folders. Aaaargh! I almost self-combusted.
The genius gave me nothing in the way of advice how best to get around this but instead just looked at me as if to say, 'that's it, I am done... next!".
It's like throwing the whole contents of a metal filing cabinet into a skip.
Yes, I have the originals all backed-up chronologically but what an uphill struggle it's gonna be... once I get iLife, I will have to re-make my folders (see you all in February when I have finished) and then load SL, and then possibly get an iTouch. Or not.
Or I may just give up and go and live in a hut on a wi-fi-less beach somewhere...
What really annoys me about this is that Apple have made us all their puppets. Once hooked, we have no choice but to keep upgrading*. Hard to believe that not so long ago Mac-users were derided by PC users convinced, as these people were, that Macs would be phased out. But thanks to Mr Jobs, what was once a piece of kit that I used to do my job on is now a toy for the masses, complete with family and friends.
The i in iTouch, iMac, iPhone etc is obviously a reference to Steve Jobs, not us – there is no me or you in Apple; it's themMaster, themControl, themBoss.
Thoughts... I can't help but think that we are losing a lot here; where are we going with all this in the future? Backing-up to DVDs and CDs is all well and good but discs have a short shelf life, yet a vinyl record can still be played, a Box Brownie will still take pictures, 35mm film can be scanned to any size...
What would happen to my photos on Flickr and this blog should I drop down dead tomorrow?
And finally, it just occurred to me that I create these montages using Quark... don't get me started about that other bully, Adobe...
*until the next must-have system comes along...