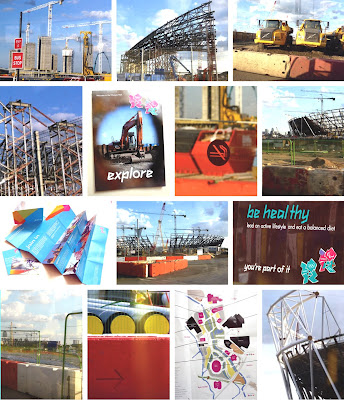 But I am glad I went. it was really good to put faces to some other blogger’s names. And a big thanks, as ever to M@ who has loaded up some good pictures, videos and links onto the Londonist site. I have only put a few of my own images on Flickr but if you’d like to see more then you should check out Onionbagblog, Diamond Geezer, Ian Visits and, if you want to do some further reading, there's always the official Olympic Park website.